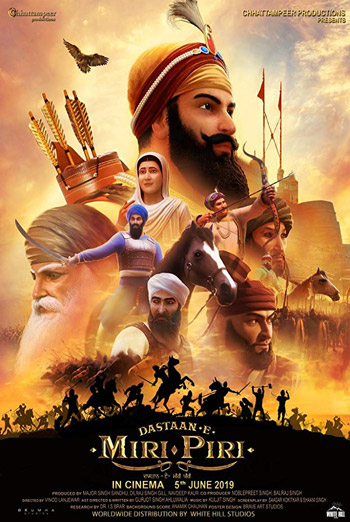 Dastan-e-Miri Piri is a animation film, representation of the era of the Sixth Sikh Guru Shri Guru Hargobind ji. The film will take us back 400 years to the time when the concept of Miri-Piri first came into being along with the construction of the first Sikh fort in Amritsar, first war fought and won in Sikhism and many other proud accomplishments in the Sikh world. In 1606, after Shri Guru Arjun Dev ji’s sacrifice, Guru Hargobind ji adorned the two swords of Miri-Piri and started the crusades against the tyranny of Mughals. This was the time when Saint Soldiers pledged their lives for the protection of the Sikh community.