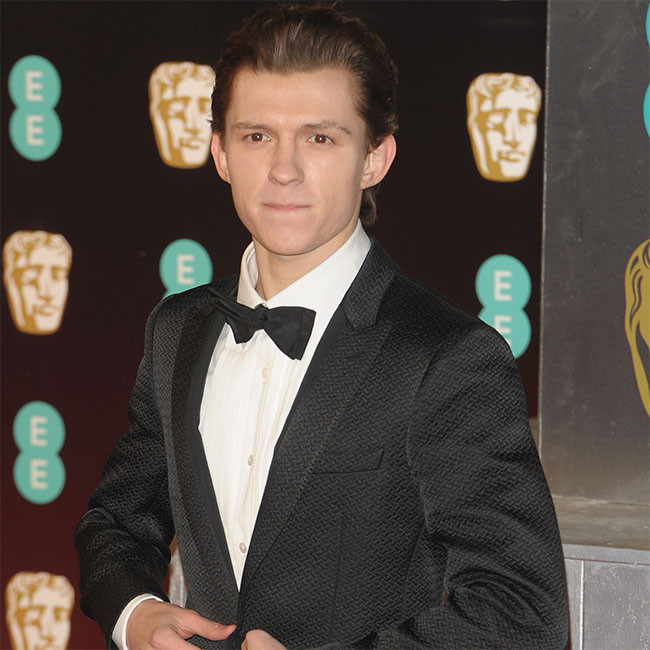 Tom Holland: It really felt like I was robbing a bank whilst filming Cherry

Tom Holland “really did feel” like he was robbing a bank on the set of ‘Cherry’.

The 24-year-old actor stars in the upcoming crime movie as a former army medic who suffers from PTSD and substance addiction, delving into a dark spiral of him breaking the law to feed his habit.

And Tom has now admitted he had to battle with his own morals whilst on set, because he “could not shake” the feeling that he was doing something wrong whilst filming scenes in which his character robs a bank.

He said: "It was strange, because it was such a small crew, it really did feel like I was robbing a bank. And [then] the alarm would go, and I'd be pointing the gun at this poor lady's face, I could not shake that what I was doing was wrong.”

Tom even thought he was genuinely going to be arrested when they filmed a scene in which his character gets caught, and had started planning the conversation he would have with his lawyer.

And on top of being worried about the fictional crimes he was committing, Tom also had a problem with his voice, as he kept losing it during scenes where he had to shout.

Speaking to Daniel Kaluuya for Variety’s ‘Actors on Actors’ series, he said: "The thing that I didn't do very well: I would just blow my voice out all the time. They learned very quickly that they would have to start with all the talking stuff, and at the end of the day, I'd have to shout, because I would have no voice."

‘Cherry’ is set to be released in cinemas on February 26, and will make its way to Apple TV+ on March 12.