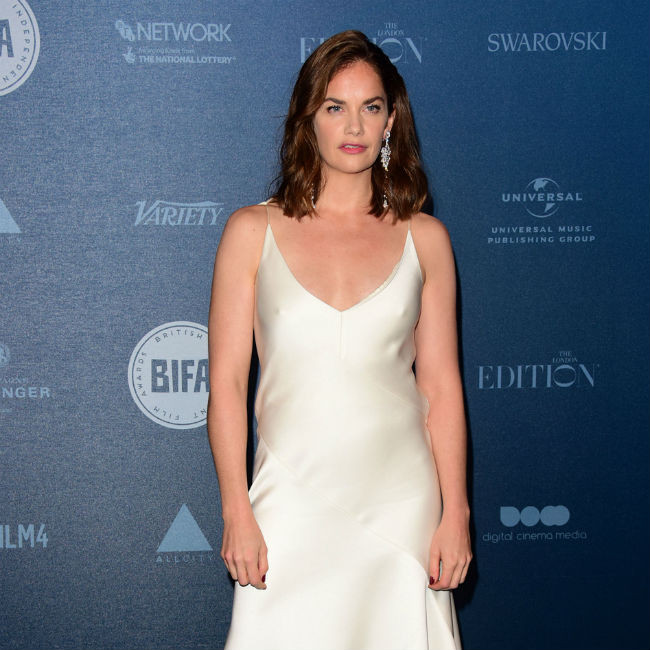 Ruth first heard about Deborah Kay Davies’ novel 'True Things' through Jude when they were working on the play 'Anna Christie' in 2011 and 10 years later, Ruth has finally brought the project to the big screen.

She told The Hollywood Reporter: "I was working with Jude Law on a play called Anna Christie, and he was being sent material by his agents in various books to option for films. He read 'True Things' by Deborah Kay Davies and he thought there was something in it. So he gave it to me to read and he said: 'Just have a look at this and see if you think it’s got something that’s worth making into a film.' And I agreed with him. At the time, this was like 2012, although there were female-led stories, it didn’t feel like there was something very, truly subjective and seen through a really intimate feminine lens. Reading the book, what stood out to me was [Kate’s] brutal honesty about how this character sees the world and her own choices.

"But I thought what was really interesting was how universal the kind of story was: you know that sort of infatuation you have when you first fall in love and when you project everything onto that person. I thought that’s actually, quite a universal experience that lots of people have, that I have had, too. I know lots of people like Kate. She’s not dissimilar entirely from aspects of myself. A lot of people, women in particular, who have seen the film feel the story really resonates with them. They understand it. It’s familiar."

Along with producing the movie, Ruth, 39, also stars as Kate, a woman who embarks on a dangerous relationship with a rough stranger, played by Tom Burke.

Ruth revealed she initially wasn't sure if Tom was right for the role but director Harry Wootliff convinced her.

She explained: "Well, I’ve wanted to work with him for a long time. I’d seen him in 'The Souvenir' and I thought he was quite extraordinary. But initially, I didn’t Tom was right for the role because he comes across as so intellectual. He is an intellectual. So he wasn’t necessarily in my head as the first choice for Blond, because I had more of a two-dimensional sort of bad boy in mind. But Harry really wanted Tom. She thought he would bring more complexity to the role. She wanted the Blonde character to be as complicated and as messy as Kate. And Tom brought an amazing amount of complexity to the character, both an allure and sexuality, but also a kind of resistance and lack of intimacy, someone with his own problems and issues. And that just, of course, created a much better dynamic on the screen."