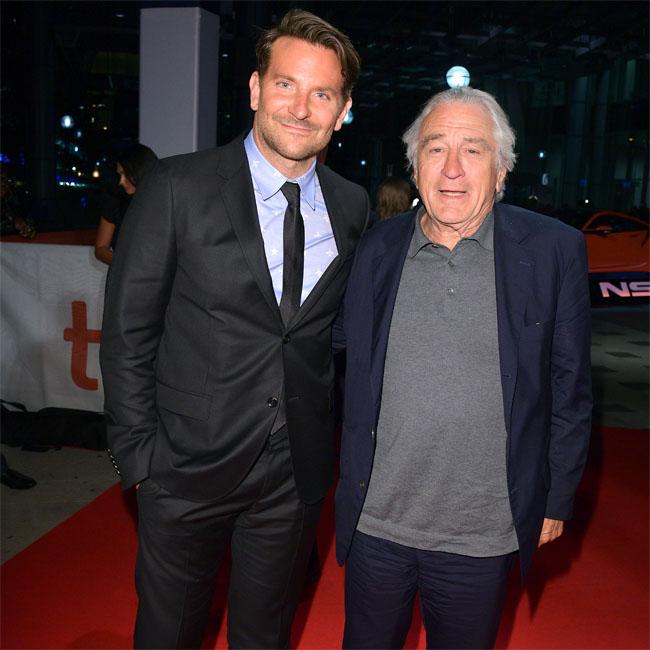 Robert De Niro was convinced to join the cast of 'Joker' by Bradley Cooper.

The screen legend plays Murray Franklin in the film, a talk show host who is idolized by Arthur Fleck - the struggling stand-up comic and children's entertainer clown played by Joaquin Phoenix who ultimately becomes the movie's titular DC Comics villain - and he has admitted that Bradley's involvement as a producer convinced him to join the project.

The part plays homage to De Niro's character in the 1983 film 'The King of Comedy', where he plays mentally unstable comedian Rupert Pupkin who is desperate to appear on Jerry Langford's (Jerry Lewis) television show.

In an interview with People magazine, De Niro said: "I met Todd Phillips (the director) and I liked him. I thought, 'This will be an interesting project.' Bradley was one of the producers and he told me to do it."

The 76-year-old actor has previously worked with Bradley on 'Limitless' and 'Joy' and admires how the 'A Star Is Born' actor approaches a project.

De Niro said: "He's really terrific. What he did with 'A Star Is Born', the way he worked on it quietly by himself, put it together, found the right actors, the right people ... When you know what you want to do, that's a great thing and you know it'll be special."

Bradley, 45, previously said that De Niro encouraged him to make the move into directing - which he did on 'A Star Is Born' - when they were working on 'Limitless'.

He explained: "I tried to get him to do this movie, 'Limitless', and combine two characters. That was the first time I tried to cast a movie, even though I wasn't the director, and I went to see him in his hotel room.

"I was pitching him the whole thing and then he wound up saying yes, which blew my mind because he was my hero. After that movie, he said he thought I should direct."