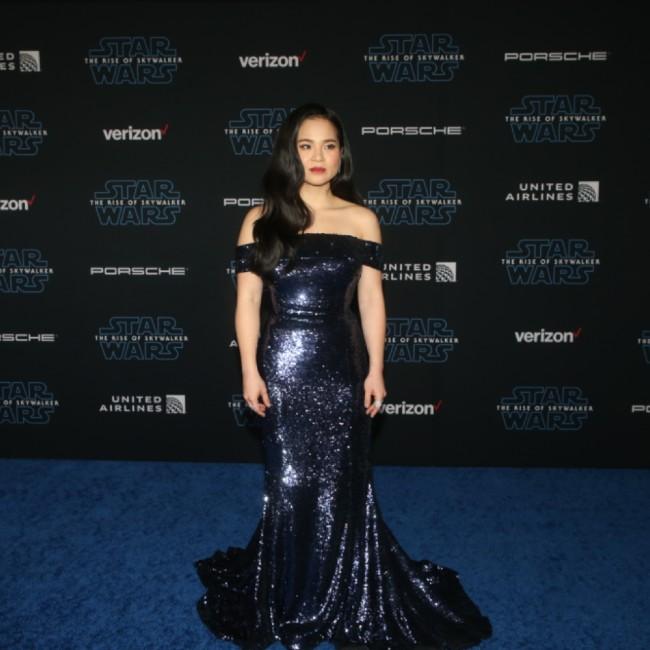 Chris Terrio, who co-wrote the script with director J.J. Abrams, has responded to speculation that the actress, who plays Rose Tico, was given fewer scenes in the final instalment in the sci-fi trilogy on purpose.

The screenwriter has explained that they simply could not use the rest of the footage the 30-year-old star filmed with the late 'Star Wars' legend Carrie Fisher (Princess Leia) because the "photorealism" wasn't up to "standard".

He told Awards Daily: "One of the reasons that Rose has a few less scenes than we would like her to have has to do with the difficulty of using Carrie Fisher's footage in the way we wanted to.

"We wanted Rose to be the anchor at the rebel base who was with Leia.

"We thought we couldn't leave Leia at the base without any of the principals who we love, so Leia and Rose were working together ... As the process evolved, a few scenes we'd written with Rose and Leia turned out to not meet the standard of photorealism that we'd hoped for. Those scenes, unfortunately, fell out of the film."

Terrio insisted that they all "adore" Tran and they wanted her to be "anchored" with Fisher's beloved alter-ego.

He added: "The last thing we were doing was deliberately trying to sideline Rose. We adore the character, and we adore Kelly -- so much so that we anchored her with our favourite person in this galaxy, General Leia."

Tran first joined the blockbuster franchiser in 2017's 'The Last Jedi, and she admitted the kind response has been "really, really beautiful".

Asked about the fans chanting her name at this year's 'Star Wars Celebration', she said: "It was wild and amazing, truly. When that happened at 'Celebration', I was obviously not expecting that.

"It was like, 'Oh, I'm not crying', but obviously, I was crying and totally trying to hide it. And then the host, Steven Colbert, asked me a question and I was like, 'Ahhh! I think I said something so strange.' I remember being like, I can't process anything.

"I think that's how it's been for me, this time around with all those things coming out. It's been incredible, just the amount of love and compassion that people have shown. It's really, really beautiful."

Tran suffered some abuse online after she joined the 'Star Wars' universe - but hit back in an op-ed piece for the New York Times.

She wrote that the bullies "reinforced a narrative I had heard my whole life: that I was 'other', that I didn't belong, that I wasn't good enough, simply because I wasn't like them."