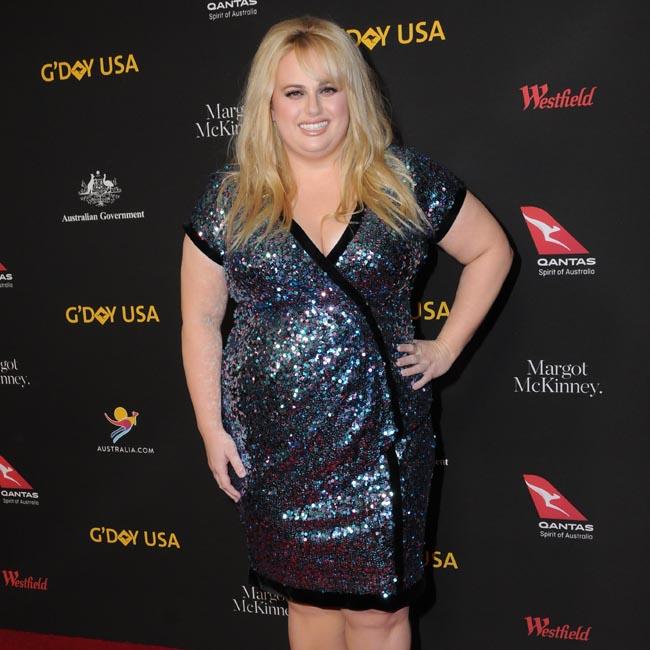 Rebel Wilson says the cast of 'Cats' tried to put rude jokes in the film.

The 39-year-old actress stars in the upcoming film adaptation of Andrew Lloyd Webber's musical and is joined in the cast by the likes of Sir Ian McKellen, Dame Judi Dench and Jason Derulo.

And she has admitted that despite the script not containing "a lot of comedy", the cast were determined to add in their own elements of humour.

Speaking on 'The Jonathan Ross Show', Rebel said: "Billions of people around the world have seen the musical because it's so iconic but there's not a lot of comedy, there's actually no jokes, dialogue jokes, so we thought 'let's add some!'

"Andrew Lloyd Webber was standing in the shadows [with his head in his hands]. I even improvised with the music a bit ... I did a lot of jokes about my teets. The editors sent me a list of all the jokes that got cut out because they were way too rude."

Meanwhile, Jason recently opened up about Rebel's crude sense of humour on set.

He said: "She is just hilarious. Basically, the entire time she was doing all of these pussy jokes just like you do.

"I don't know how many are going to make the movie, man, but she was going in on all the double entendres jokes."

The 'Pitch Perfect' star also opened up about how a 'Cat Teacher' taught them to act like cats.

Rebel explained: "We had to learn in Cat School, Miss Sarah was our cat teacher."

The star attended 'Cat School' alongside Sir Ian and joked that she sniffed his bottom.

She said: "I did most of my Cat School with Sir Ian McKellen and I did sniff his a***. It's Sir Ian, me and they're like 'You're cats, you have to bond with each other.'

"Everyone was taking it very seriously. No one didn't do it. At one point, I was like 'Why am I sniffing Ian McKellen's a*** but it was part of my training and I had to do it!"