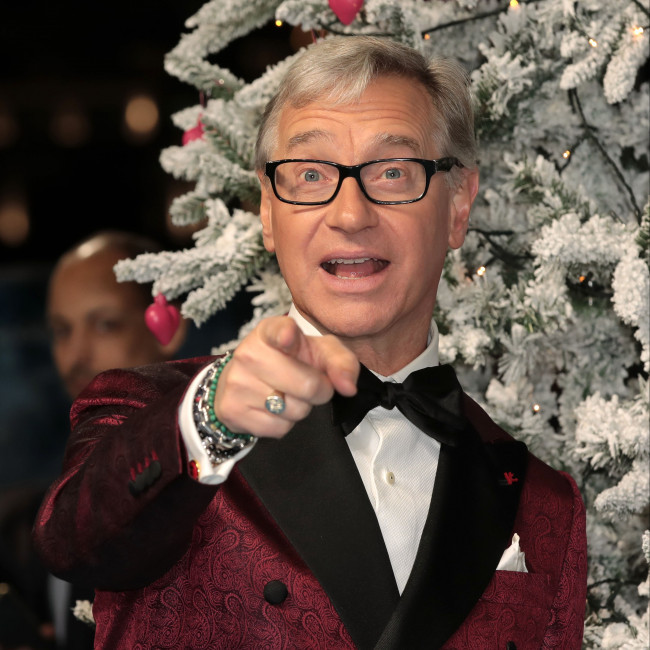 Paul Feig has tried to get Harry Styles in "a few of his movies".

The 'Bridesmaids' director asked the former One Direction star to play Henry Golding's role as Tom Webster in his 2019 rom-com 'Last Christmas' - which was set to the music of George Michael and Wham! - but he ultimately declined as he felt he was "too young" for the part of the ghost.

And the 59-year-old filmmaker quipped that the 27-year-old pop star is too much of a "big-shot now" to star in one of his films.

Paul is quoted by The Sun newspaper's Bizarre column as saying: “I love Harry. We wanted him to play the part that Henry Golding played but he turned it down because he felt he was too young for the role.

"I’ve tried to get him in a few movies. Harry is a big-shot now. Maybe we will get him when he is on the way down.”

Since his big-screen debut in Christopher Nolan's 2017 war epic 'Dunkirk', Harry has gone on to land roles in Marvel's 'Eternals', psychological thriller 'Don't Worry Darling', and the romantic-drama 'My Policeman'.

The filmmaker admitted that Harry and Eros were very much a "package deal" and she only wanted to introduce the character to her movie if he was portrayed by the 'Adore You' singer.

She said: "Harry as Eros was very much a package deal for me. I pitched the idea of Pip the Troll [voiced by Patton Oswald in Eternals] and Eros to Kevin [Feige, Marvel Studios President] a while back, and I love the idea of exploring an Eternal who is beyond Titan and who may have influenced Thanos throughout the years the same way Eternals influenced us, earthlings.

"And then, it wasn’t like I suggested Eros, and let’s go find actors. I kept tabs on Harry since Dunkirk, I thought he was very interesting. After meeting him I saw he is that character—the same way I cast the rest of my cast. There’s so much of Eros in him. For me, if he says yes, and Kevin says yes, then it’s a go. And I’m very happy they both did."

Harry appears in a post-credits scene alongside Patton, in which their characters meet up with Thena (Angelina Jolie), Druig (Barry Keoghan), and Makkari (Lauren Ridloff), who are left confused and need assistance after Arishem the Judge (David Kaye) takes Sersi (Gemma Chan), Kingo (Kumail Nanjiani), and Phastos (Brian Tyree Henry).