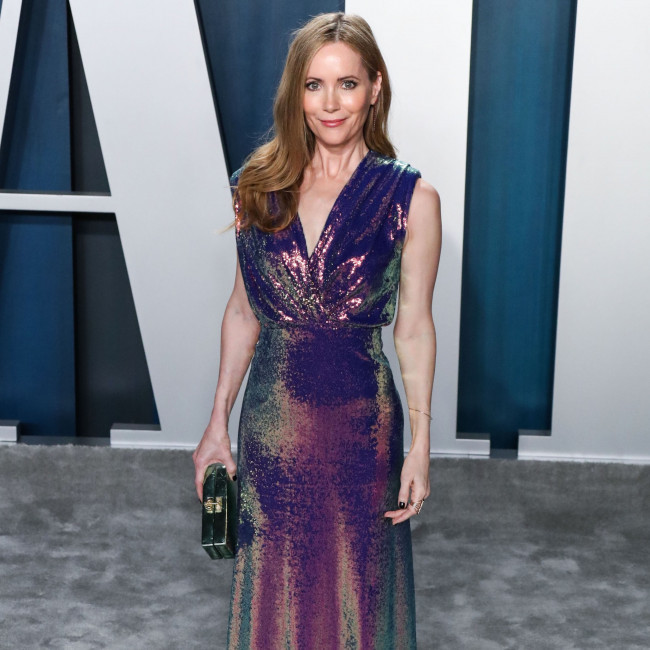 The 48-year-old actress plays Elvira Condomine in the comedy movie - which is based upon the 1941 play of the same name by Noel Coward - and admits she was daunted at the prospect of sharing scenes with the screen icon who plays mystic Madame Arcati.

Leslie exclusively told talkRADIO: "It was so much fun, the first day I worked with her was in bed and that was terrifying for me because she's someone who I have so much respect for and there I was laying in bed with her."

The 'Knocked Up' star also revealed that Judi helped her feel "at ease" as they filmed together.

Leslie recalled: "I think she knew I was nervous, I was probably sweating or something, and she went out of her way to make me feel comfortable and she set me at ease.

"It took me about an hour and a half to calm down. Because it's too close up, she was right there!"

Leslie revealed that she relished wearing the costumes as filming a period movie was a new experience for her.

She said: "It was exciting to learn something new and a new way of doing things. All the costumes were so much fun, incredible to wear something other than what my characters would normally wear like jeans or t-shirts.

"It was so much fun to wear the beautiful feather capes and the gorgeous high waisted trousers and blouses and just the whole thing. It was like a dream, so much fun!"

Leslie also explained how she had to alter her typical approach when playing Elvira.

She explained: "The way I normally speak is very different to what I did with this character, Elvira, which is very fun.

"The way she dresses, her voice, the way she behaves, it was completely different from anything I've ever done. That was very fun to do, it was very free-ing."