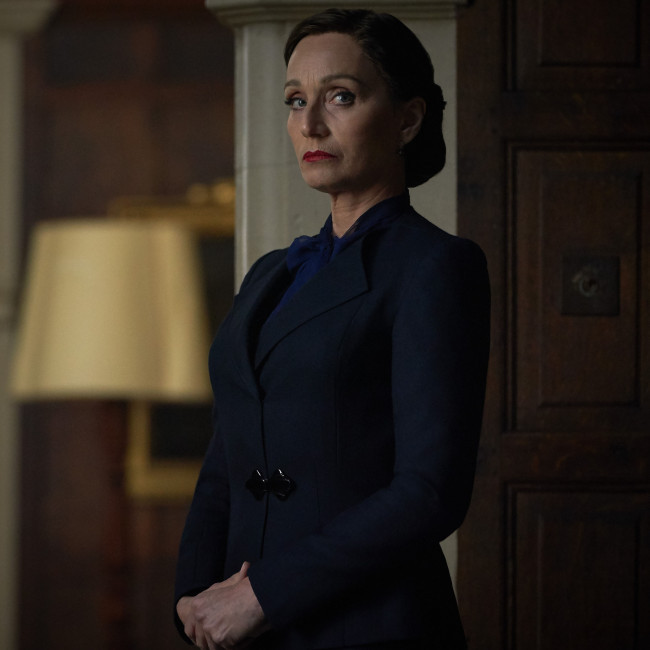 Dame Kristin Scott Thomas "likes the idea" of 'Rebecca' being seen by a wider audience.

The 60-year-old star plays icy housekeeper Mrs. Danvers in the Netflix adaptation of Daphne du Maurier's novel and revealed that she is keen on more people seeing the project due to the COVID-19 pandemic.

Kristin told talkRADIO: "It is possibly a wider audience than with a movie release, I do like the idea.

"Having done lots of films that very few people or a select audience see, one of the silver linings to this pandemic is the variety of people who watch the films that you make."

The 'Darkest Hour' actress revealed that even her own viewing habits have changed amid the global health crisis.

Kristin explained: "I'm far more likely to see things that I wouldn't have necessarily bought a ticket at a movie theater to watch, the audience has sort of broken free, there seems to be fewer barriers.

"I'm just talking about it from my perspective but I certainly think it's very satisfying to know this is going out at the same time to all sorts of different areas of the world and lots of people will be watching."

Armie Hammer, who stars as Maxim de Winter, feels that the movie will provide some entertainment to people stuck at home, although he regrets that it did not get a traditional cinematic release.

Asked if he took satisfaction from 'Rebecca' being released during the pandemic, the 34-year-old actor said: "No, not really. Everyone's locked at home and they need content to devour because everybody's bored and restless. Everybody's stressed and this is all such a very interesting and unique time.

"That being said, I wish our movie was coming and being seen as it was intended to, in theaters and stuff like that because I think this is the best way to consume this media."