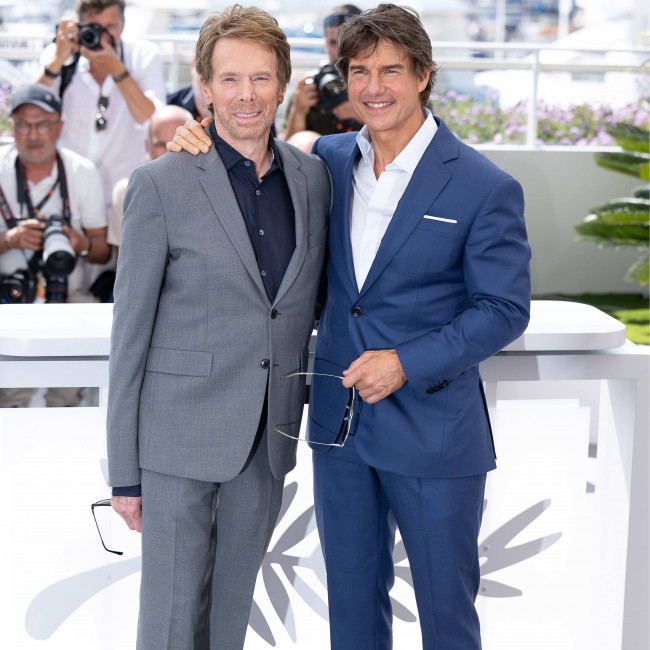 Jerry Bruckheimer has revealed that several of the 'Top Gun: Maverick' cast threw up during the flying scenes.

The producer revealed that Tom Cruise and his co-star Monica Barbaro were the only ones who avoided vomiting during the flight sequence – even though Cruise had put the cast through their paces with a rigorous training regime.

Jerry told Total Film magazine: "When you see the expressions on their faces – they're not acting.

"A lot of them still threw up in the planes. Except for Monica – she's the only one that could handle the g-forces better than the other actors. Of course, Tom too."

Bruckheimer explained how worked closely with Cruise and director Joseph Kosinski on an extensive casting search as many potential stars were put off by the idea of taking to the skies.

The 78-year-old producer recalled: "A lot of actors said, 'No, thank you. I'll do it on a gimbal airplane.' Because it's dangerous obviously. So we got the best of the bunch."

Cruise is reprising his role as Pete 'Maverick' Mitchell over three decades on from the original movie and Bruckheimer is impressed by the star's dedication to his craft and his desire to be involved in every aspect of the project.

Jerry said: "He's learned over the last 35 years from the best directors, writers, and actors – and he's a sponge and he takes it all in. We were the benefit on 'Top Gun' of all that knowledge."

The movie will finally be released in cinemas after a number of delays due to the COVID-19 pandemic and Bruckheimer can't wait for audiences to see the picture on the big screen.

He said: "It's really exciting that we've got to a place where theatres are now going to handle people and be in and enjoy this movie the way we want them to enjoy it."