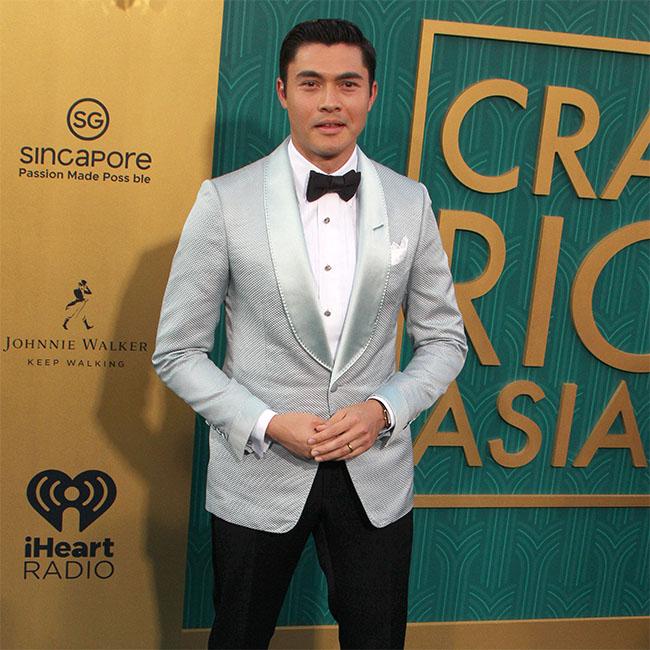 Henry Golding says 'Snake Eyes' relies on physical stunts for its action scenes rather than CGI.

The 32-year-old actor plays the titular ninja in the film and he says the origin story of the silent character's complex backstory has lots of old-fashioned stunt work which he is sure will wow audiences.

He told MTV News: "We have an authenticity to this. Which no one will ever have seen in a 'G.I. Joe' franchise ever.

The 'Crazy Rich Asians' star - who was born in Malaysia before moving to England as a child - admits that his body has taken a battering on set because he has been prepared to shoot so many of his own stunts.

He said: "I had a few injuries. I'm not gonna lie - I blew out my hip, I tore my quad, my meniscus like tore."

Henry insists his injuries have been beneficial for his performance, as being "put through the wringer" brought an honest "tenacity" to his "susceptible" and "volatile" alter ego.

Henry star alongside Andrew Koji as Storm Shadow and Samara Weaving as Snake Eyes' love interest Scarlett in the upcoming blockbuster, whilst Iko Uwais and Ursula Corbero will also feature.

'Snake Eyes', which will be released in October 2020, is a spin-off to the previous two 'G.I Joe' films, 2009's 'The Rise of the Cobra' and 2013's 'Retaliation' - both of which are inspired by the hugely popular military inspired toy range of the same name.

The story will focus on Snake Eyes - who was played by Ray Park in the first two films - and his quest for vengeance after his father's death and his training alongside enemy Storm Shadow (Andre) under the tutelage of Hard Master (Iko).

Robert Schwentke will direct the film, with the script penned by 'Beauty and the Beast' screenwriter Evan Spiliotopoulos.