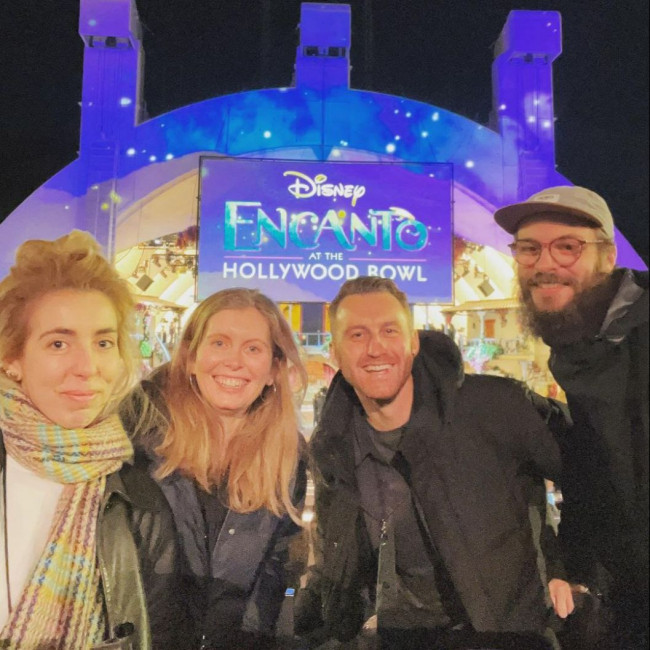 'Encanto' has been taken to a "whole new level" with a Hollywood Bowl concert.

The 2021 animated Disney movie - which tells the story of an extraordinary family who live hidden in the mountains of Colombia and features hit songs such as 'Dos Oruguitas' and 'We Don’t Talk About Bruno' - was performed with a full orchestra at the LA amphitheatre earlier this month ahead of a Disney+ release, using projection mapping, screen visuals and broadcast graphics created by NorthHouse.

In a statement, Creative Director and Founder of NorthHouse, Tom Bairstow said: "I could instantly tell this was gonna be such an epic show for both the live audience and the audience watching from home on Disney+. We wanted to take this to a whole new level and bring several layers of visuals, graphics, and VFX to the performance. We also wanted to bring another layer of visuals to the show for the broadcast audience and worked with All of it Now who created the augmented reality visuals.”

NorthHouse - who was the team behind the projection for Her Late Majesty Queen Elizabeth's Platinum Jubilee celebrations earlier this year at Buckingham Palace - collaborated with ‘All of it Now’, who provided augmented reality for the project, and also teamed up with production company Fulwell73 as well as director Chris Howe and Tom added that the entire team wanted to give the smash hit Disney musical the "homecoming it deserves."

He said: "I came out to L.A. for meetings and workshops with the Fulwell73 and Disney teams. A few weeks later, we presented our initial designs and it was incredible to feel such excitement from the whole team, including Byron and Jared the film’s directors. They were so excited about creating the homecoming this film finally deserves. Staying true to the film’s Colombian culture and aesthetic whilst breaking out into more explorative aesthetics in many other moments. It's been an absolute pleasure working with Disney, Fulwell73 and an all-star creative team on this show.

“We can't wait for everyone to see just how awesome this show truly is. The response in the bowl was absolutely incredible. So many kids and adults’ faces were lit up with sheer joy, plus, I'm getting maximum points with my two boys, for working with Disney on one of their favourite films!”

Encanto at the Hollywood Bowl, a Disney+ original special, will stream on Disney+ starting December 28th.