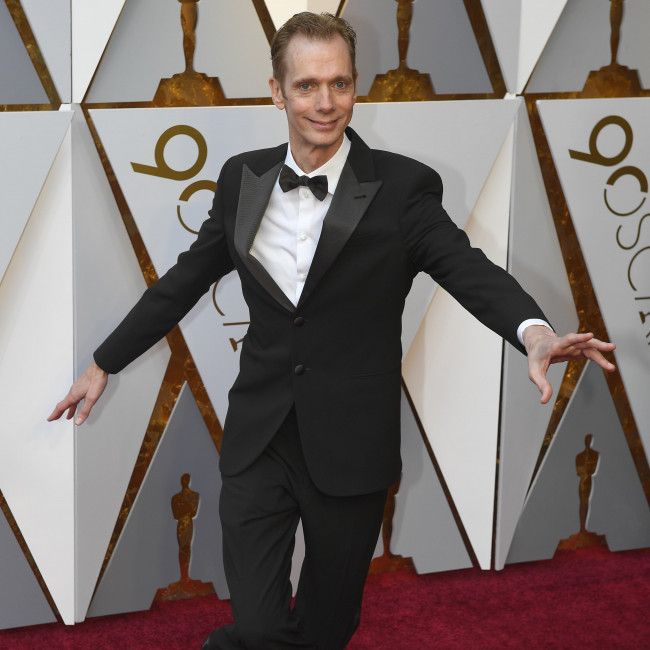 Doug Jones was delighted to reprise the role of Billy Butcherson in 'Hocus Pocus 2'.

The 62-year-old actor's alter ego has been raised from the dead as a zombie for the sequel and Doug confessed that he has always hoped to play the character in another film.

Doug told Collider: "I've been asked, in many interviews over the years, and I've been acting for 36 years now, is there any one character I've played that I would love to revisit again? And Billy Butcherson was always my number one answer."

The 'Hellboy' star is known for his portrayals of non-human creatures during his movie career and felt a sense of "joy" playing the "human-ish" part in the original 1993 film.

Doug said: "There were more layers to him and I wanted more backstory. When you've had a career like mine, and you're glued into so much rubber and glue, and contact lenses and mechanics, and you can't go to the bathroom with your hand claws on, I don't always look forward to going into work because I know the day I have ahead of me.

"But Billy was a character that was human-ish, with humour, goofiness, fun, and a family-friendly vibe, who was headed toward a happy ending. All of that made going into work a joy. I thought, 'I wanna do that again.'"

He explained: "When that call came, I was excited to get to do all of that again. I got to reunite with Bette Midler, Sarah Jessica Parker, and Kathy Najimy, which was so dreamy.

"They were all huge, in my world. I was just like, 'I can't believe I'm on the same set with these people. Oh, my gosh!'

"Coming back, you never lose your starstruck-ness, really, or I don't. I was still like, 'Oh, my gosh, there they are again.'"