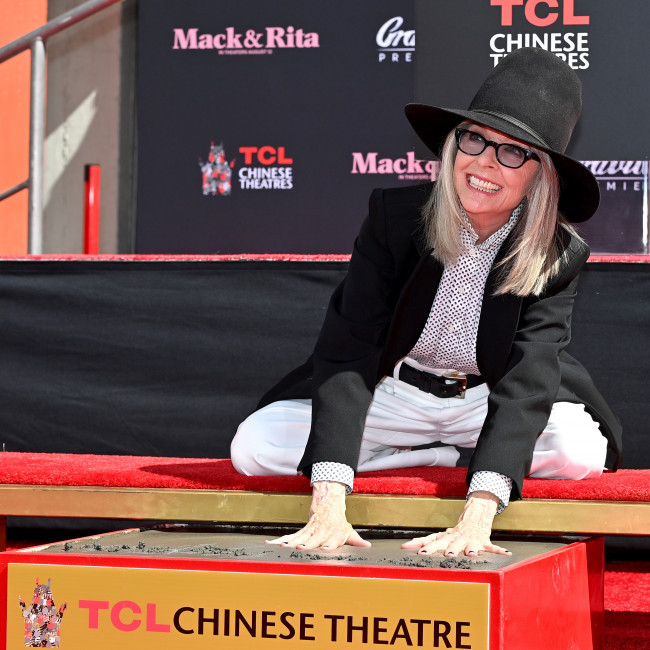 Diane Keaton didn't know "a single thing" about 'The Godfather' before landing a role in the iconic movie.

The 76-year-old actress played Kay Adams in the 1972 crime film, but she hadn't read Mario Puzo's 1969 novel of the same name, which the motion picture was based on, before trying out for the part.

Speaking during her Hand and Footprint Ceremony at the TCL Chinese Theatre in Hollywood, she told PEOPLE: "I think the kindest thing that someone's ever done for me ... is that I got cast to be in 'The Godfather' and I didn't even read it. I didn't know a single thing.

"I just was going around auditioning. I think that was amazing for me. And then I had to kind of read the book."

Keaton reprised her role, as the wife of Al Pacino's character Michael Corleone, in the film franchise's second and third parts in 1974 and 1990 respectively.

The star has recalled how Pacino, 82, was cast after impressing the movie's bosses during a chemistry read with her.

She added: "So he brought Al Pacino in and we did it together and for some reason that helped them cast him. Can you imagine if [they] hadn't cast him? So a lot of these experiences that you have come and you're just surprised, like today, this was a surprise. This is [a] complete, utter surprise to me."

Keaton won an Academy Award for Best Actress for romantic comedy 'Annie Hall', and she has also received Oscar nods for 'Reds', 'Marvin's Room', and 'Something's Gotta Give'.

The star's children, daughter Dexter Keaton, 27, and son Duke Keaton, 22, were among her supporters at her Hand and Footprint Ceremony.