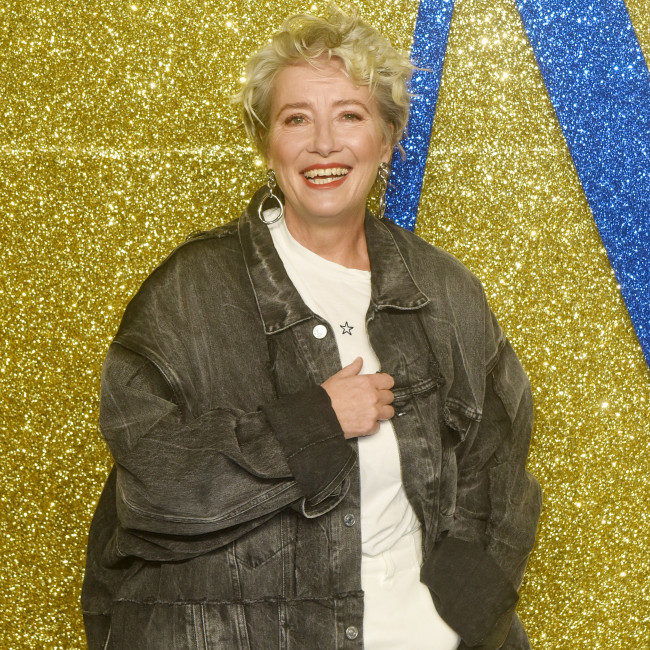 Dame Emma Thompson says it took over three hours every day for her to transform into Miss Trunchbull in 'Matilda the Musical'.

The 63-year-old actress plays the cruel headmistress in the movie adaptation of the stage musical based on Roald Dahl's novel 'Matilda' and explained the gruelling process she had to go through to get the character's look as the costume team applied plenty of padding and facial prosthetics.

Emma told Variety: "'Cruella' was a long time, actually, but this was the longest.

"There's an actual body suit, which is to give her the heft and the muscle. And then a massive weight underwear and pretend chest and all of that. It was a lot to walk around in."

The 'Nanny McPhee' actress recalled how she irritated director Matthew Warchus as she kept hugging the children on set during filming, going against the traits of the tyrannical Miss Trunchbull.

Emma recalled: "Matthew got very annoyed with me for doing that. He said, 'The children are supposed to be frightened of you and hate you. Stop hugging them.'"

Alisha Weir stars in the title role and revealed that she was initially frightened of Thompson when she first saw her in character.

The 13-year-old actress said: "I had first seen her without all the makeup, and then when I did see her in the makeup, it was a bit scary.

"But I knew that when she (opened her arms), I could come in and give her a hug. I knew that under all the makeup, there was Emma."