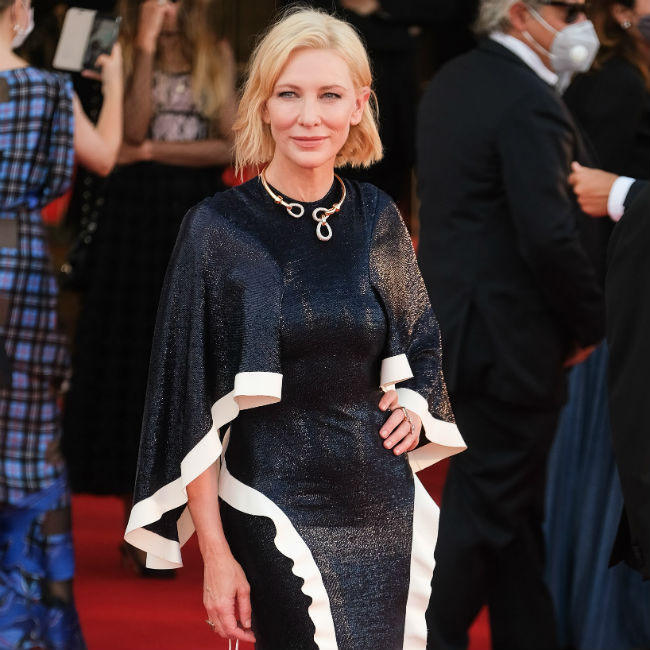 Cate Blanchett is to star in 'TAR'.

The 51-year-old actress will team up with director Todd Field on the drama movie, which he wrote and will helm for Focus Features.

According to Deadline, the motion pictureis due to begin production this September, but plot details are being kept under wraps for now.

Roth recently said: "What an incredible honour to have an actor of Edgar’s calibre, talent, and charisma playing opposite Cate Blanchett and this remarkable cast.

"Atlas has to be a truly magnetic personality, someone with charisma and charm but that air of menace underneath it all. "I’ve been a fan of Edgar’s since his early performances and he continues to amaze me with each dramatic turn.

"We want to create something wild, fun, and very different from anything they’ve seen from Edgar before. I am so, so excited to work with him."

Blanchett and Black previously worked alongside Roth on the 2018 fantasy movie 'The House with a Clock in Its Walls' - and the movie boss is delighted Black will be voicing the role of the sarcastic robot Claptrap.

Roth said: "I am so excited to reunite with Jack, this time in the recording booth. "Claptrap is the funniest character in the game, and Jack is perfect to bring him to the big screen."

The movie is based on the 'Borderlands' video game franchise, which has sold more than 68 million units worldwide, making it one of the most successful gaming brands in history.