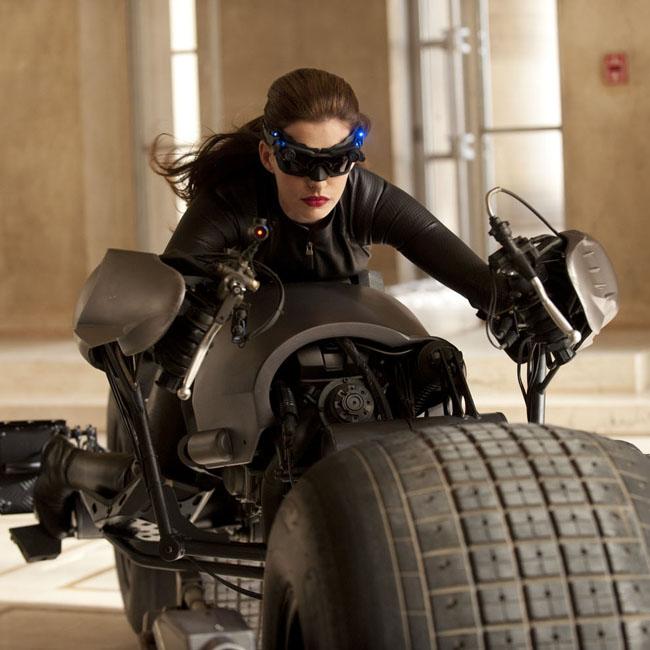 The 37-year-old star worked with the filmmaker on 2012 movie 'The Dark Knight Rises' - when she appeared as Catwoman - but she didn't do much sitting down in between takes, because the director wants people working rather than perching.

She said: "He doesn't allow chairs, and his reasoning is, if you have chairs, people will sit, and if they're sitting, they're not working.

"I mean, he has these incredible movies in terms of scope and ambition and technical prowess and emotion. It always arrives at the end under schedule and under budget. I think he's onto something with the chair thing."

Hathaway admitted she loved watching how Nolan worked on the film, because she is a "director nerd", and finds him "so inspiring".

She said: "You know how you have those jobs and you just go, 'I don't know how I'm going to work again because this was such fun.'

"I'm such a director nerd. I love just seeking out the best directors I can and then just watching them.

"Chris' whole approach to filmmaking is one of my favourite ones. He's broken it down to its most minimal, but also his movies are just so huge and ornate."

Hathaway also admitted Nolan advised her to "embrace the physical side" of Catwoman before she shot the film, because he wanted her to be "strong enough" to perform "as much of the stunt work" as she could.

She recalled him telling her: "I can't have you be one of those actors that does one take, two takes and then you're too tired. I want you to do everything."

Speaking to her 'Les Miserables' co-star Hugh Jackman in a Variety 'Actors on Actors' interview, she added: "That was what he told me to get me to embrace the physical side of the character and really commit [to] that."