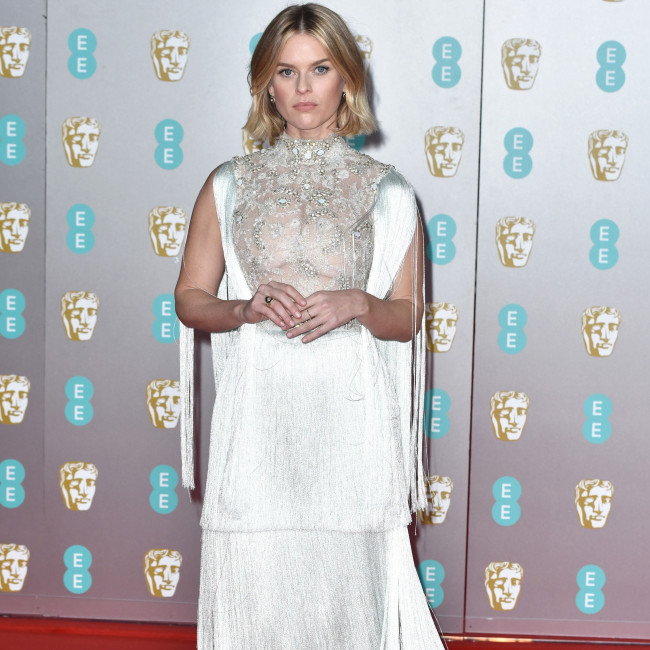 Alice Eve is to star in horror movie 'The Queen Mary'.

The 39-year-old actress has boarded the flick, which is being directed by Gary Shore from a script he has written with Stephen Oliver and Tom Vaughan. It is hoped that the project will be the first of a planned trilogy.

Plot details on the film are being kept under wraps but it is inspired by tales of haunting on the famed ocean liner that is now permanently docked in California. The multi-storied ship receives two million visitors per year and was named Time magazine's most haunted place in the world.

The project has been developed and produced by Brett Tomberlin, along with Nigel Sinclair and Nicholas Ferrall of White Horse Pictures, as well as Thorsten Schumacher, Lars Sylvest, Jason Newmark and Laurie Cook.

Mali Elfman is producing the movie alongside Mark Tomberlin and Jordan Rambis who are executive producing for Imagination Design Works.

In a statement, Gary said: "I'm fascinated, obsessed and disturbed by this ship – there's something very dark and human about her. It's a stylistic tightrope between reverence and horror."

Tomberlin added: "We were immediately obsessed with Gary's intelligent and twisted multi-film take on a great American legend and could not be more excited working with an extremely gifted actor in bringing this story to audiences around the world."

Alice's previous credits include the TV series 'Belgravia' and she is currently shooting 'The Power' for Amazon Studios.