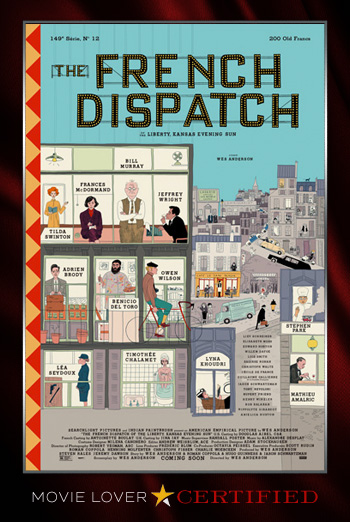 French Dispatch, The (of the Liberty, Kansas Eveni

A love letter to journalists set in an outpost of an American newspaper in a fictional 20th-century French city that brings to life a collection of stories published in "The French Dispatch" magazine.