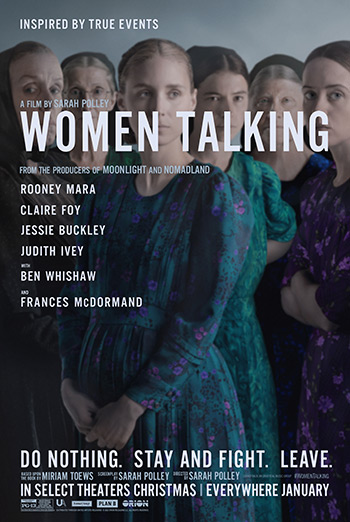 Sarah Polley returns to the big screen as a director for the first time in nearly a decade with this searing adaptation of Miriam Toews’ acclaimed novel about a group of women in an isolated religious colony who struggle to reconcile with their faith after a series of sexual assaults.