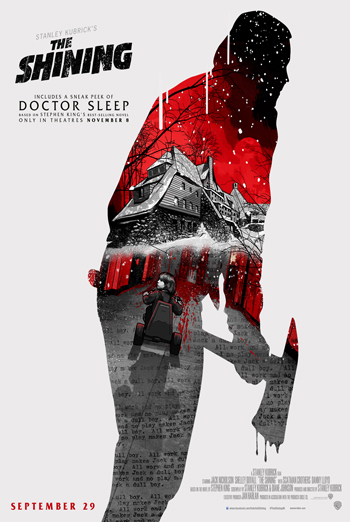 “All work and no play makes Jack a dull boy". Warner Brothers’ new 40th Anniversary remastering of Stanley Kubrick's iconic horror masterpiece returns to cinemas on September 29, featuring a sneak peek at the upcoming sequel DOCTOR SLEEP. THE SHINING tells the story of a family that heads to an isolated hotel for the winter where a sinister presence influences the father into violence, while his psychic son sees horrific forebodings from both past and future.