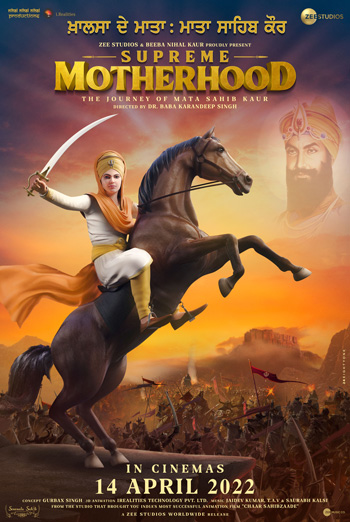 Mata Sahib Kaur Ji, wife of Guru Gobind Singh Ji (the tenth Guru of the Sikhs), was given the title: 'Mother of the Khalsa’. She was a strong female leader, armed warrior and fearless pioneer in 17th & 18th century India, who led the Khalsa nation for over 40 years after Guru Gobind Singh Ji left the Earth. Supreme Motherhood: The Journey of Mata Sahib Kaur is a 2D animated movie which celebrates Mata Sahib Kaur Ji’s devotion, selflessness and strength and will give society a new female role model.