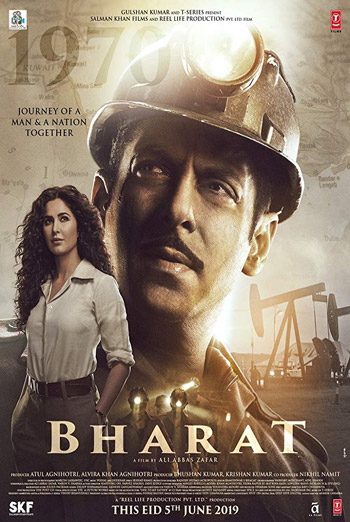 Bharat' is a journey of a man and a nation together. At the cusp of India's birth as an Independent nation, a family makes an arduous journey to freedom. However, this freedom comes at a cost. An 8 year old boy, Bharat, makes a promise to his father that he will keep his family together no matter what a promise that he keeps over the next 60 years of his life, despite each decade throwing a new set of challenges at him some humorous, some thrilling, some romantic while some life-threatening. His resilience, loyalty and a never dying spirit mirrors the fundamental qualities of our nation Bharat.Interestingly, the movie is an official adaptation of Korean film 'An Ode to My Father (2014) which depicted modern Korean history from the 1950s to the present day through the life of an ordinary man.