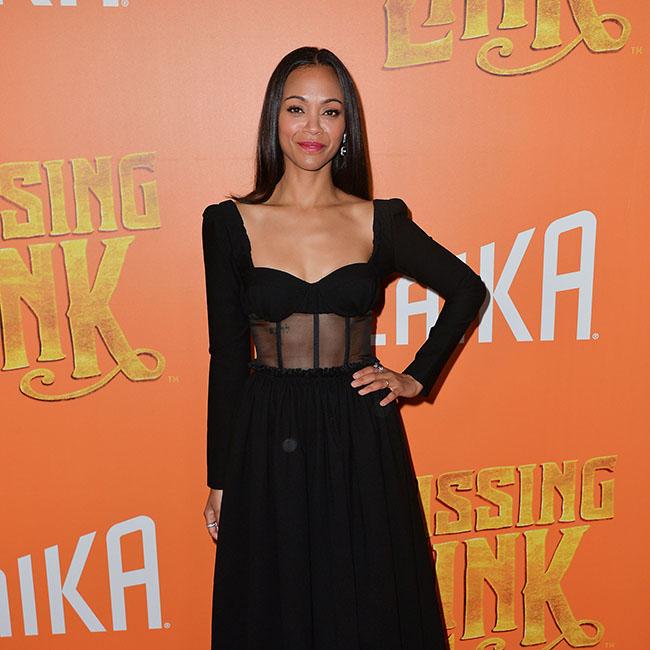 The 'Avengers: Endgame' star is the only cast member announced so far for the forthcoming flick.

According to IMDB.com, the movie follows: "The story of how some people's lives are affected by immigration policies along America's southern border."

The script is being penned by Perego-Saldana - who is also helming the project - and Rick Rapoza.

There are three central plots, one about a young boy who does all in his power to prevent his friend being deported, an immigration worker who is unaware they are wrongdoing their ex-lover and a trafficker carrying out their dirty work.

Filming is due to kick off in August.

Meanwhile, Saldana is also set to reprise her role of Neytiri in the new 'Avatar' films, with the first currently slated for release in December 2021, and the second the following year.

Meanwhile, the 'Guardians of the Galaxy Vol. 2' star recently revealed it took her "two and a half years" to get the voice for her 'Missing Link' character right.

She said: "It took a little more time than the animation projects I've been part of before. One animation I did in a year and a half, this one took two-and-a-half-years I believe of going back into the studio and recording her voice. Sometimes the tweaks were happening because Adelina and the story was continuously being shaped even though Chris Butler had a clear idea of what the story was."

The family flick follows Mr. Link (Zach Galifianakis) a furry 8-feet-tall mythical creature as he meets Adeline and explorer Sir Lionel Frost (Hugh Jackman) who guide him on a journey to find his long-lost relatives in the fabled valley of Shangri-La.

The actress explained that it was the character's accent which took so long to perfect as it needed to correctly portray her "dynamic" with other characters.

She said: "Her accent. At first Chris really wanted her to have a dense accent and then in our following recording session, he knew that he wanted to shave it off a little bit and still have Adelina feel comfortable navigating the English language and conveying her feelings. It was very important that her dynamic toward Lionel was evident. So, I liked those little adjustments that Chris continued to make for her."