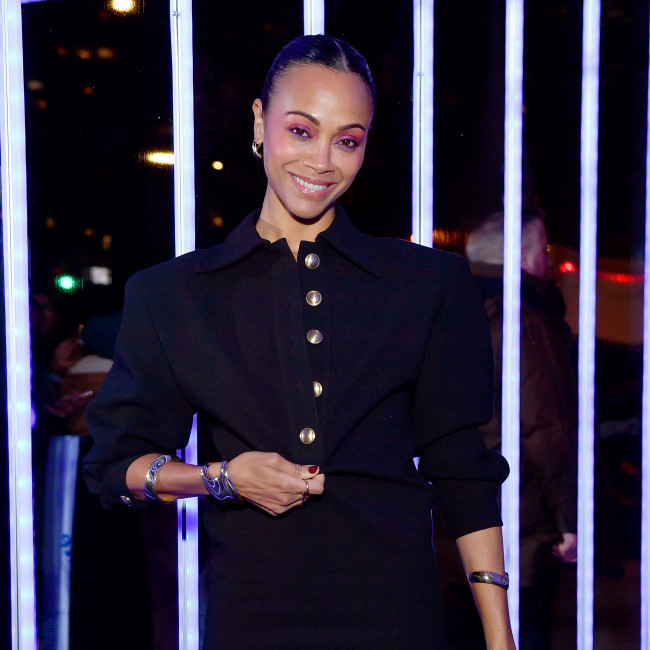 Zoe Saldana: Avatar 2 made me cry

Zoe Saldana was "moved to tears" after watching a brief clip of 'Avatar 2'.

The 43-year-old actress is to reprise her role as Neytiri in James Cameron's long-awaited sci-fi sequel and admits that even seeing some of the movie made her very emotional.

Zoe told reporter Kevin McCarthy: "I can get choked up just talking about it. I was able to see just 20 minutes of the second instalment, right before the year ended, last year. And I was speechless. I was moved to tears."

'Avatar 2' is slated for release at the end of this year and Zoe has told fans that it is a "leap" from the original 2009 film – which was acclaimed by critics and broke several box office records.

She said: "It's definitely a leap from the first 'Avatar', so you have to brace yourself for it. It's going to be an adventure you won't forget."

The movie has taken so long to make as Cameron needed the right technology to record motion capture underwater and Zoe says the blockbuster will be worth the wait.

The 'Guardians of the Galaxy' actress said: "Jim was finally able to crack that challenge – that whole thing that you can't imitate water, virtually, through performance capture.

"That was just a challenge that he had taken upon himself, and it took him years, and he did it. He did it. It's powerful, it's compelling."

Zoe also revealed that the 'Titanic' director has invested his heart and soul into the new project.

She said of the filmmaker: "He's also a big crier. He does have a very delicate heart, which is why he protects it so much. And I think that he's able to have an outlet through the stories that he creates."