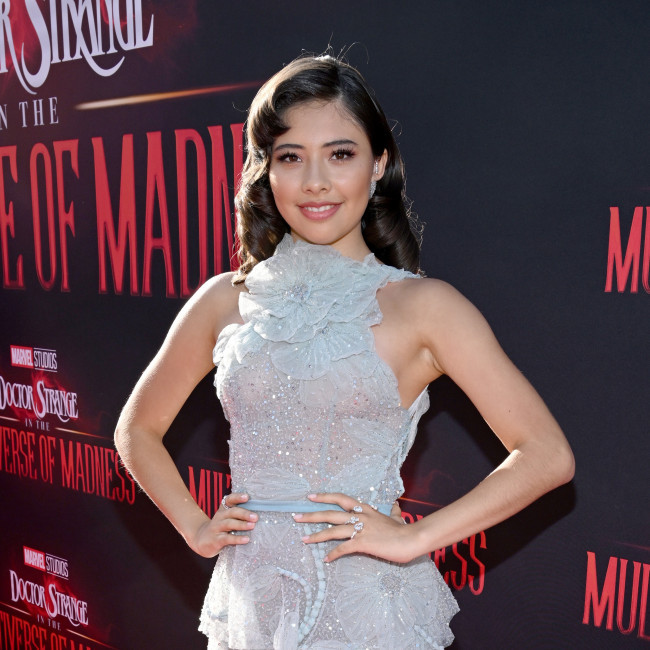 Xochitl Gomez was proud of the authentic teenage representation in 'Doctor Strange in the Multiverse of Madness'.

The 16-year-old star plays LGBTQ+ Latina superhero America Chavez in the Marvel Cinematic Universe (MCU) sequel and was delighted to play a character who matched her age.

Xochitl told Variety at the premiere of the movie in Hollywood on Monday (02.05.22): "It's really crazy because I was 14 and she was 14. I feel like teens don't really get as much representation because they have like, a 20-year-olds playing 15-year-olds. So what's better than an actual 14-year-old playing 14."

The star also revealed that she studied co-star Elizabeth Olsen, who plays Wanda Maximoff/Scarlet Witch, during her time on set.

Gomez said: "I did look at Lizzie, you know, especially while she was acting, and getting ready to kind of do the scene... She's just, you know, a powerful woman.

"Especially me as a young girl, I would constantly look up to her, and I realised how much five minutes before a scene that's kind of difficult, she would kind of get in that moment. And I realised that, 'Oh, well, if she's doing it, I should probably do it, too.'"

Xochitl described the premiere as a "lifetime experience" as it marked a first in her career.

She said of watching the film with fans: "This is going to be like one of the lifetime experiences for me, honestly. I know that Benedict (Cumberbatch) and Lizzie (Olsen) have gone to their movie premieres; they've seen themselves on the screen, but this is a whole other thing for me.