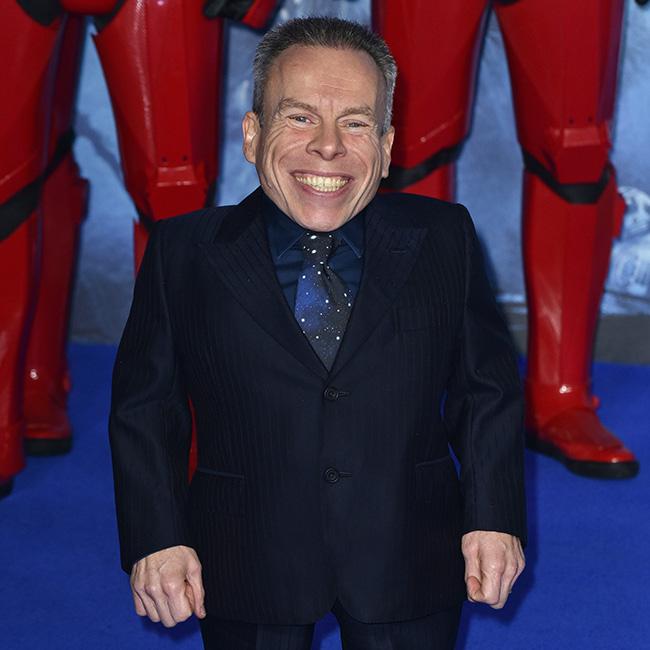 Warwick Davis thinks Ewoks are much cuter than Baby Yoda

The 49-year-old actor - who reprised his 'Return of the Jedi' role of Wicket in 'The Rise of Skywalker' last month - has defended the furry inhabitants of the planet Endor after 'The Mandalorian' viewers gushed over so-called Baby Yoda in the new Disney+ series.

He told BANG Showbiz: "I've been trying to avoid spoilers on 'The Mandalorian' but I keep seeing these pictures of Baby Yoda, I don't want to know anymore really for the time being.

"But Ewoks are obviously very cool, I have a certain affinity with those of course! Ewoks are cooler, they're more cuddly. Baby Yoda is cute but he's not cuddly, you would rather cuddle an Ewok than Baby Yoda."

There still isn't much known about the origins of the green alien, and Davis - who has appeared throughout the science fiction saga a number of times over the years - admitted he wants some answers.

He added: "Also, here's a question I have and George Lucas hasn't answered this, what species is Yoda? Yoda is his name but he is a what? What is he? No one knows."

Meanwhile, Davis previously admitted he will always be open to taking on roles in the franchise.

He said: "I had a cameo in the casino sequence [in 'The Last Jedi'] - it's always a delight to be asked. I wasn't aware it had divided opinion but all movies divide opinion - some people will like it, some people won't.

"I'll always love 'Star Wars'. It's a piece of entertainment, it's not about making political statements. It's just there for people to enjoy. You go in there and are supposed to lose yourself in the world the director has created.

"'Star Wars' has always been a great example of that - it's pure escapism and you can forget the 21st century for a couple of hours. That was George Lucas's philosophy with 'Star Wars' - to make a fun adventure."