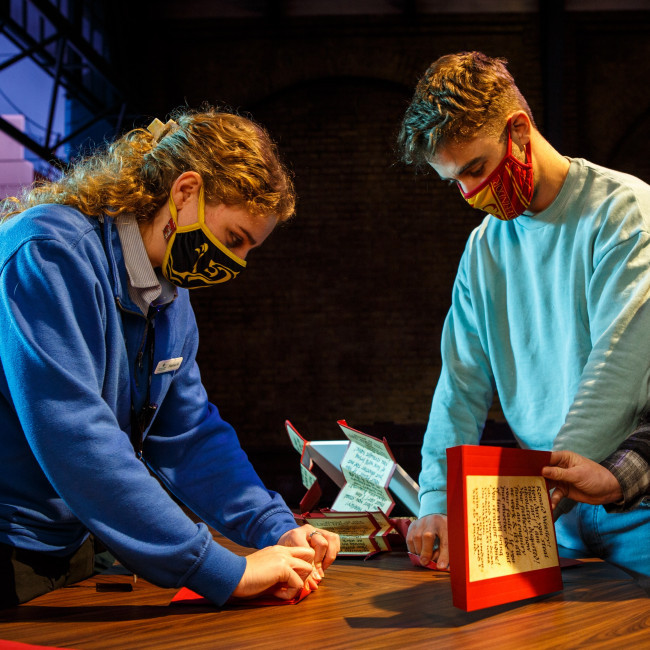 'Harry Potter' fans have been given more time to learn about the filmmaking trickery behind the movies.

Visitors to Warner Bros. Studio Tour London will be able to enjoy the Magical Mischief special feature - which examines how certain wizarding tricks were pulled off - until 22 June after it was extended from its original end date of 1 May.

When fans enter the Great Hall, they will find the set dressed for a prank by the Weasley twins during an O.W.L.s exam in 'Harry Potter and the Order of the Phoenix', complete with a swinging pendulum. Dolores Umbridge's distinctive two-piece pink outfit takes centre stage - but sharp-eyed visitors will also spot Fred and George's costumes on their broomsticks, suspended from the ceiling.

And that's not all as there is a demonstration on how camera trickery was employed for the vanishing effect of Harry's invisibility cloak and visitors can even get hands-on with origami to make their very own 'howlers'.

Another of Fred and George's pranks is also spotlighted, with an explanation as to how the Creature Effects team were able to create actors James and Oliver Phelps' long beards and burned costumes after they attempted to beat an age line to put their names into the Goblet of Fire, while the secrets of the SFX team's creation of the infamous letter scene inside 4 Privet Drive in 'Harry Potter and the Philosopher's Stone' will also be revealed.

Cornish Pixies will also be on the loose around the Studio Tour and visitors are invited to collect stamps when they find them as part of the Marauder's Map activity passport.

Later in the year, the Studio Tour's popular Dark Arts feature will return in time for Halloween, running from 23 September until 6 November and the various sets will be transformed for the festive season when the Yule Ball returns for Hogwarts in the Snow from 12 November until 15 January.

Tickets must be pre-booked at www.wbstudiotour.co.uk or by calling the Studio Tour’s Visitor Services Team on 0345 084 0900 and cannot be bought at the attraction.