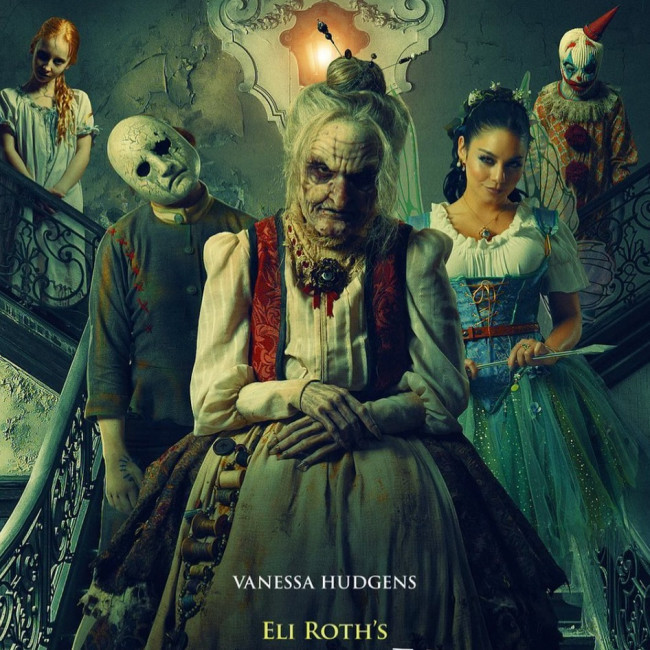 The 33-year-old actress will welcome viewers into the "ultimate haunted house" in 'Eli Roth's Haunted House: Trick-VR-Treat' in a new exclusive for Meta.

The project comes from Roth's Crypt TV banner and takes fans on a Halloween adventure that goes horrifically wrong and culminates with an immersive haunted house.

The 30-minute, 180-degree VR experience has been written and directed by Roth and will premiere in Meta's Horizon Worlds and Meta Quest TV on Friday (21.10.22). The experience will also be available to watch on Crypt TV's Facebook and Instagram pages.

The 'Trick-VR-Treat' story will unfold from the perspective of a teenager in the most exciting Halloween neighbourhood in town as she is invited inside the infamous haunted Dollhouse by a young woman dressed as a fairy (Hudgens).

Viewers then enter a living nightmare inside the eerie former home of the Dollmaker, who previously made toys for all the children in the area.

However, the glue she used was toxic and everyone who played with the toys died - including her own two daughters.

It is the first time that Hudgens has starred in a VR project and she has been cast alongside Will Sasso.

In a statement, she said: "I had such a blast working with Eli Roth, Crypt TV and Meta to bring this terrifying tale to life.

"To consider how the viewers will have an immersive experience in 180 degrees really adds so many exciting and new elements to playing a character. I don't want to give too much away but I can say, for certain, that you will be spooked...and you're going to love it."

Roth added: "I love the format for storytelling and have wanted to make a truly immersive horror piece for years. I wanted to build the ultimate haunted house, and Meta enabled me to bring my vision to life."