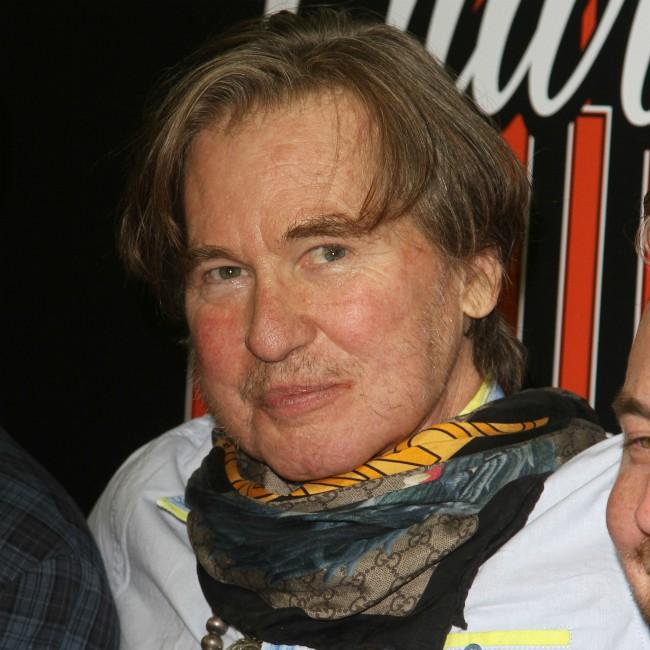 The 'Top Gun' star is reprising his role in new movie 'Top Gun: Maverick' and is "doing terrific", despite his tracheotomy.

He said: "I'm doing terrific. I sound like I've been run over by a cement mixer, [but] I feel fabulous. Some days are better than others, but I am very much improving, so, yeah, I'm going to work till I'm 150 years. I wanna play the oldest man on Earth."

And Val - who had the procedure as a result of a battle with throat cancer - refused to divulge any information about the sequel, and simply insisted that the movie's lead man Tom Cruise "is very cool".

He added: "I have to tell you, Tom Cruise is very cool. That is all I can tell you. The rest you will have to find out."

Val stars alongside his daughter Mercedes in the new movie and she found it "very exciting" working alongside her father.

She told Entertainment Tonight: "It was very exciting. Personally, it was a really positive integration of family into my work, and professionally I learned so much from working with my dad for a variety of reasons. Most directly what I learned ... is how much we all have to gain from hiring actors with different abilities."

He said: "It will be a great film, I promise. This time around had me laughing with Tom like a high schooler. He's so funny. I hope he's saved the world enough to take a decade and re-establish himself as a great comedian as he has it in him. And [producer] Jerry Bruckheimer is exactly the same as 30 years ago when I met him. So humble and attentive and focused and excited just to be on a set."