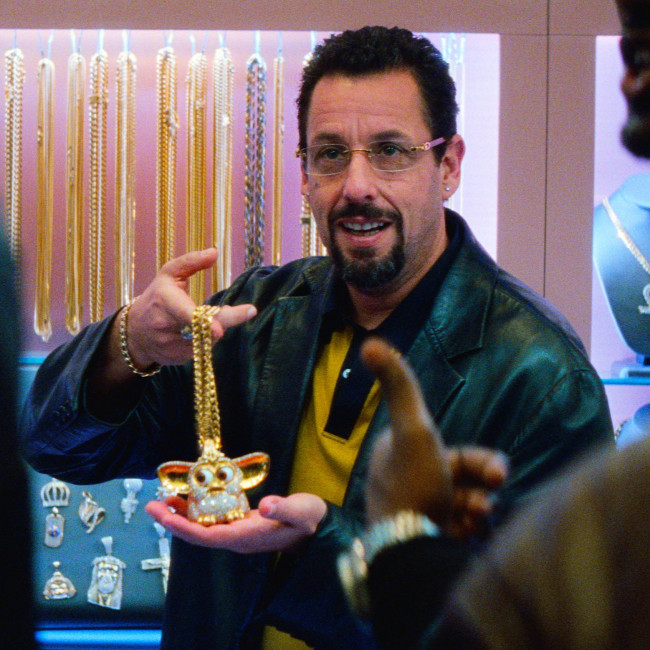 The 55-year-old actor starred as gambling addict Howard Ratner in the filmmaking duo's 2019 crime thriller, and without giving away any information about the new film he's going to star in for the Safdie brothers, Adam did say it's "different".

Speaking to Entertainment Weekly, he spilled: "They're working hard on it.

"Their work ethic is bananas. They're always working, always writing, always thinking. I don't know what I can tell you, but it's gonna be very exciting. It's different. But I don't want them to ever say, 'What the hell did you tell him that for?' So I'll just let them talk about it."

Meanwhile, Adam and Drew Barrymore previously teased their plans to reunite for a fourth movie together at the 2020 MTV Movie TV Awards: Greatest Of All Time.

The Hollywood pair won the golden GOAT for Dynamic Duo for their movies '50 First Dates', 'The Wedding Singer' and 'Blended' at the ceremony.

And Adam hinted that another flick from them is on the cards in the future.

In their acceptance speech, Drew said to Adam as they appeared virtually: “It was so much fun to make a movie with you in every of the last three decades."

Adam continued: “Yeah, that’s true — but also, it’s a new decade so we get to make another movie together."

The 47-year-old actress then suggested that they should wait until they find a really "special" story to tell.

She said: “Right, well let’s wait until we find something amazing, we do have 10 years.”

Drew concluded: “You’re right. Well, that’s not enough time. I don’t know, it doesn’t matter — it has to be special.”