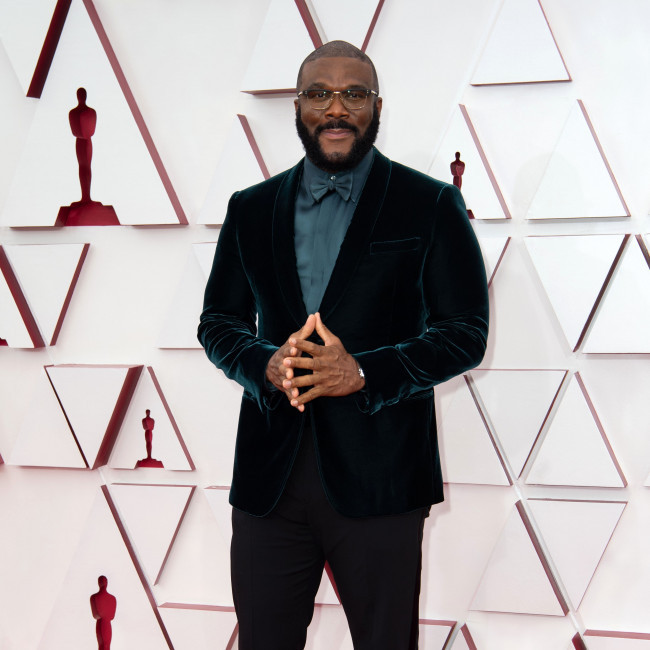 The 52-year-old star had retired his Mabel 'Madea' Earlene Simmons character after 2019's 'A Madea Family Funeral' but after bringing her back for upcoming 12th movie, 'A Madea Homecoming', he's now learned not to make any more big announcements about his comedy alter ego.

He told 'Entertainment Tonight': “Listen, I thought it was over this last time. So, I’ve decided not to say anything. Just let it be.”

Tyler thinks it is "amazing" that the character is still so popular after such a long time.

He said: “It's really amazing in a sense of twenty-something years seeing this character still rocking on. It means people are watching nostalgia for this grandmother.

“I'm really excited about that for people get to see it and laugh. Man, we need to laugh.”

In the film - which follows Madea as she tries to plan a party for her great-grandson only for family secrets to threaten to disrupt the event - Tyler also plays foul-mouthed Joe and was behind the camera as director but he insisted juggling so many different things just felt "normal".

He said: “I've got some many different facets in my brain. Every one of them I know it's probably for people watching the movie, but in real life it just seems normal.”

But his co-stars found it "intense" to see Tyler in action and were impressed at how easy he made it seem.

“He’s in full drag and a booming man voice is directing and telling people to move the camera this way and that way and then to a female voice, then back to a normal voice, then he’s right in there back to Madea.

“As the actor, you just kinda, like pause, as he’s directing because he’s going to go right back to you in the same shot," Black noted. "He’s not gonna call cut. It’s intense, but it is really inspiring to see someone that good at all of their jobs.”

The producer had previously insisted it was time to "say goodbye" to the popular character after almost 20 years as he felt "tired".

"I just don't want to be her age playing her. So, we're going to say goodbye to her."