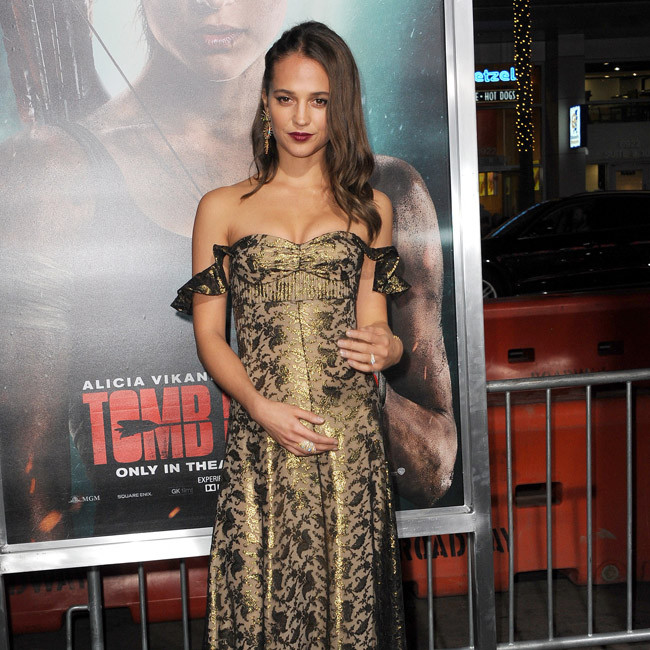 'Tomb Raider 2' has been delayed indefinitely.

Deadline reports that Ben Wheatley's sequel to the rebooted franchise has been postponed due to the ongoing coronavirus restrictions.

Last September, when the 'Rebecca' director boarded the movie, it was scheduled to be released in Spring 2021.

However, there is currently no new release date for the currently untitled flick.

Alicia Vikander is returning in the lead role of Lara Croft after she took over from Angelina Jolie in 2018's 'Tomb Raider'.

Amy Jump - who previously wrote Ben's movies 'Free Fire' and 'High Rise' - will write the script for the movie, whilst Graham King will produce through his GK Films banner.

The film franchise was then rebooted two years ago, with Alicia in the lead role and Roar Uthaug at the helm of the movie, which was based on the rebooted version of the video game franchise, which was released in 2013.

Alicia, 32, previously said it felt "very empowering" to take on the role of the strong female character, and relished going outside of her comfort zone for the coveted part.

She shared: "I don't know when in life I would have been exposed to try so many new things, if it weren't for this role. I found it very empowering."

The Academy Award-winner also revealed she was inspired by Angelina's appearance as Lara Croft during her younger years.

She added: "Angelina Jolie, when she stepped into the shoes of Lara Croft, it was the first time I had seen a woman being the centrepiece of this kind of action story.

"I've grown up loving these kinds of films and I've always wondered what it's like to create these big stunts, sequences and action adventures. So, I really was intrigued to do the physical part of stepping into this role."