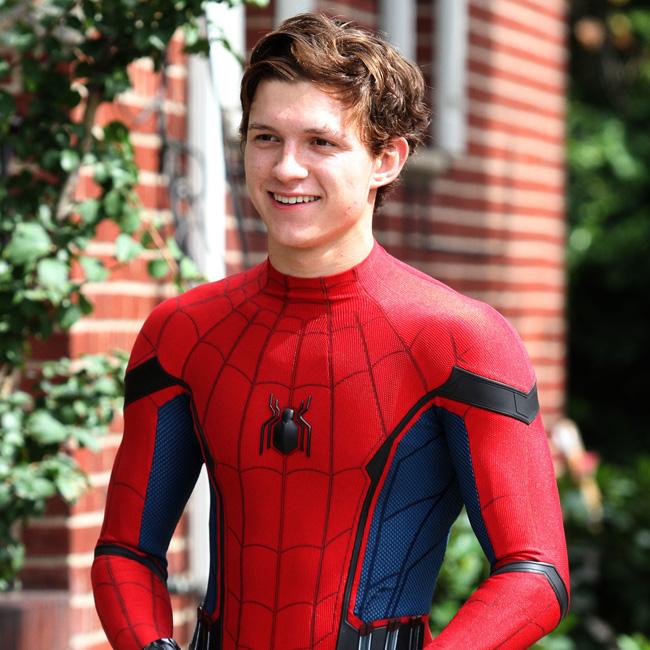 The actor told talk show host Jimmy Kimmel about how he helped smooth things over between Sony Pictures and Marvel to keep Spider-Man as part of the MCU.

Tom said: "I wouldn't say it was entirely my doing."

He then jokingly added: "I saved Spider-Man!"

In August, Sony Pictures announced that it would be continuing the franchise without Marvel's involvement, stating that any partnership between the two was "100 percent dead".

The 23-year-old Englishman then made an appearance at Disney's D23 Expo just days after the announcement to promote the film 'Onward'. Fans, who had adopted the hashtag #SaveSpiderMan to urge Sony to make a deal with Sony were extremely receptive to his appearance.

Tom told Jimmy that he was "devastated" after the announcement and said his experience at the expo was "not the best day". He also recalled asking for Bob's email and phone number, explaining that he wanted to thank the Disney boss for "changing my life in the best way".

Bob responded, asking if Tom would be available to "jump on the phone" at some point, Tom said he could call whenever he wanted.

He stated: "You don't give Bob Iger a schedule."

The call came when Tom and his family were at a pub quiz in London. 'The Current War' star admitted that he was "three pints in" and hadn't eaten much and he was feeling a bit tipsy.

The conversation ended up being a positive one, as Sony and Marvel reached a resolution in September, which offers a solid future for the Spider-Man franchise.

Tom admitted that he was "emotional" during the phone call.

He explained: "I weeped. I was really emotional because I felt like it was all coming to an end."

Jimmy then thanked the actor, saying: "I'm glad you got drunk and got on the phone with Bob!"

Sony Pictures bought the film rights to the iconic Marvel Comics character - who was co-created by the late Stan Lee and writer/artist Steve Ditko in 1962 - in 1999 but in 2015 made a deal with Disney, who own Marvel, to allow Peter Parker and his wall-crawling alter ego to appear in the MCU, resulting in him featuring in five films, including blockbuster 'Avengers: Endgame' and most recently 'Spider-Man: Far From Home'.

After a fresh deal was reached that was satisfactory for both parties, Marvel Studios President Kevin Feige said in a statement: "I am thrilled that Spidey's journey in the MCU will continue, and I and all of us at Marvel Studios are very excited that we get to keep working on it. Spider-Man is a powerful icon and hero whose story crosses all ages and audiences around the globe. He also happens to be the only hero with the superpower to cross cinematic universes, so as Sony continues to develop their own Spidey-verse you never know what surprises the future might hold."