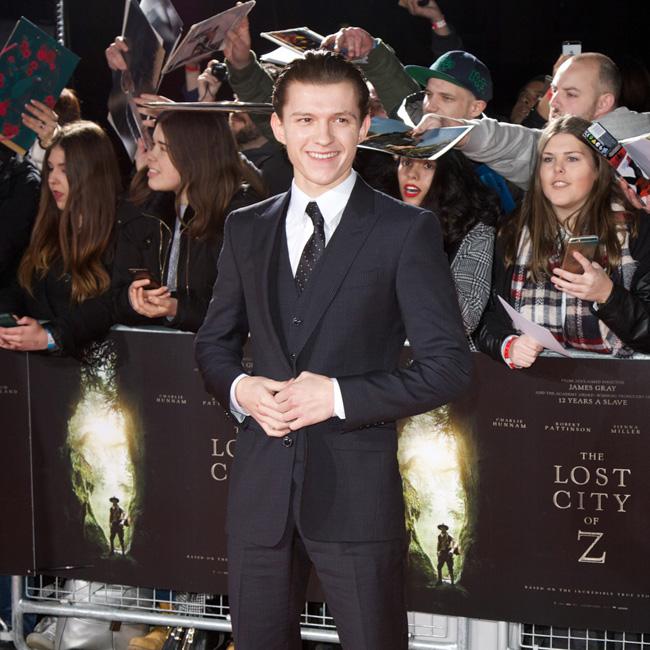 The 23-year-old actor is known for revealing spoilers about the Marvel movies and has had key plots kept from him so that they don't get out into the public but he is now trusted with the spoilers.

Speaking to Hey U Guys, he said: "I know everything now. I had my big pitch meeting with Marvel and Sony for about two weeks, and I know all the secrets. I've done about a thousand interviews, so I know how to not spoil a movie anymore."

The 'Spider-Man: Far From Home' star said: "I don't know anything about it or what it's about. I know who the villain is, but that's it. They don't let me read anything because I'm so bad at keeping secrets."

Tom had to go to great lengths to keep the movie's secret and previously took to social media to reveal he burned his 'Avengers: Infinity War' script to keep details of the movie from being leaked.

In a video, he shared: "Rule number one ... hand in your script ... Marvel like to keep everything a secret. So, to all the producers who are probably freaking out because I forgot to hand in my script, here is evidence that I am destroying it."

And Tom had previously revealed how he went undercover at a school to prepare for his role in 'Spider-Man: Homecoming'.

He confessed: "No one knew who I was or what I was doing. I had a fake name and a fake accent.

"[When I revealed who I was] no one believed me. It makes me think that if Peter Parker went up in his school and was like, 'I'm Spider-Man,' everyone would be like, 'Nah, dude, no you're not.'"