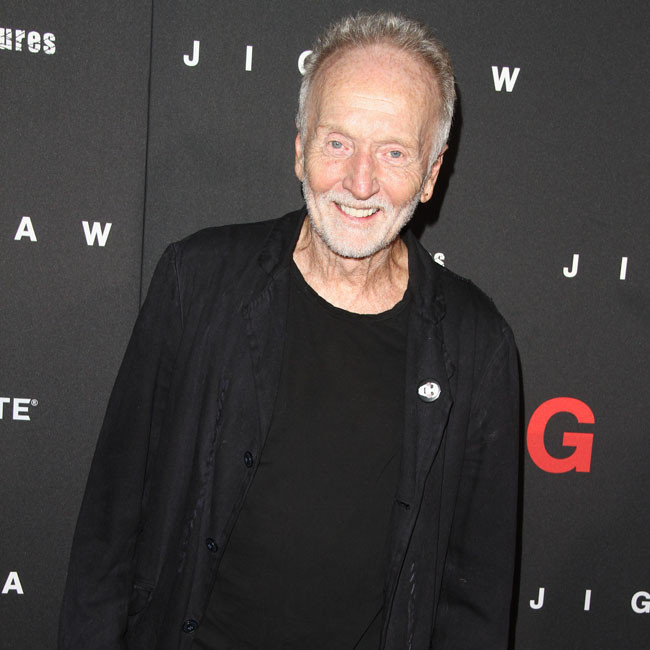 Tobin Bell hasn't seen 'Spiral: From the Book of Saw'.

The 78-year-old actor plays John Kramer aka Jigsaw - the main antagonist in the horror franchise - but admits that he is yet to watch the latest movie, which stars Chris Rock in the lead role.

Speaking to ComingSoon.net, he said: "I have not seen 'Spiral', but I know what a talented and imaginative guy that Chris Rock is."

Bell believes that the movie will keep the 'Saw' franchise in the minds of fans and is keen to see what "happens moving forward" with the universe.

Tobin explained: "I can't imagine that it doesn't open a sort of window into another kind of window. My understanding is it's not really a 'Saw' film, it's kind of in the 'Saw' universe.

"Having not seen it, I can't really comment on it, except that anything that keeps 'Saw' in the minds of people, and God knows the fans out there are incredibly dedicated to that franchise, will only focus attention on it. So 'Spiral' is in the rear-view now and we'll see what happens moving forward."

Tobin also revealed that he approaches every acting role he plays in exactly the same way as he discussed his new drama film 'A Father's Legacy'.

He said: "I approach every role that I play, whether he's as you call it a villainous character or this one, the same way.

"You want to know who am I? Aware of what do I want, when do I want it, how am I going to get it?

"I ask a lot of questions and I start answering those questions, and then those open up more questions. You never have answered all the questions by the time the camera rolls, but hopefully, you've answered enough of them so that you can play the character without going completely insane and feeling like a fake actor."

Tobin continued: "I always want to be as grounded and believable, credible as if it were happening for the first time, every scene, when in fact it might be the 30th take or whatever."