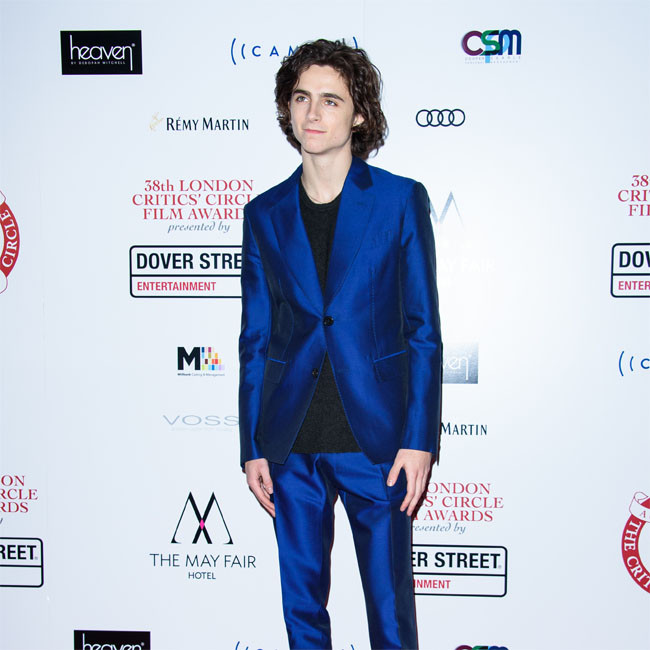 The 24-year-old star is to play the music icon in 'Le Mans '66' director James Mangold flick, which is tentatively titled 'Going Electric'.

However, due to the ongoing social distancing restrictions imposed as a result of the coronavirus pandemic, cinematographer Phedon Papamichael has claimed it will be a while before they can film the motion picture.

The filmmaker explained to Collider.com: “I don’t think it’s dead, but it’s a tough one to pull off in a COVID-era because it’s all in small clubs with lots of extras in period costumes, so you’ve got lots of hair and make-up."

Over the summer, the 'Little Women' star posted a selfie followed by lyrics to Dylan's track 'It's Alright Ma (I'm Only Bleeding)' on Twitter, showing he was getting inspired for the upcoming gig.

He wrote: "he not busy being born is busy dying (sic)."

Chalamet has also been learning to play the guitar in preparation for the role.

Dylan and Mangold have worked on the film which will focus on the period where the 'Like a Rolling Stone' hitmaker was poised to become folk music's most seminal figure.

His manager, Jeff Rosen, is working on the movie as a producer.

The narrative will also depict Dylan's controversial decision in 1965 to embrace the electric guitar.

Dylan has previously been portrayed on the big screen, notably in 2007's 'I'm Not There'. The unconventional biopic saw him played by a number of actors, including Cate Blanchett, Richard Gere and the late Heath Ledger.