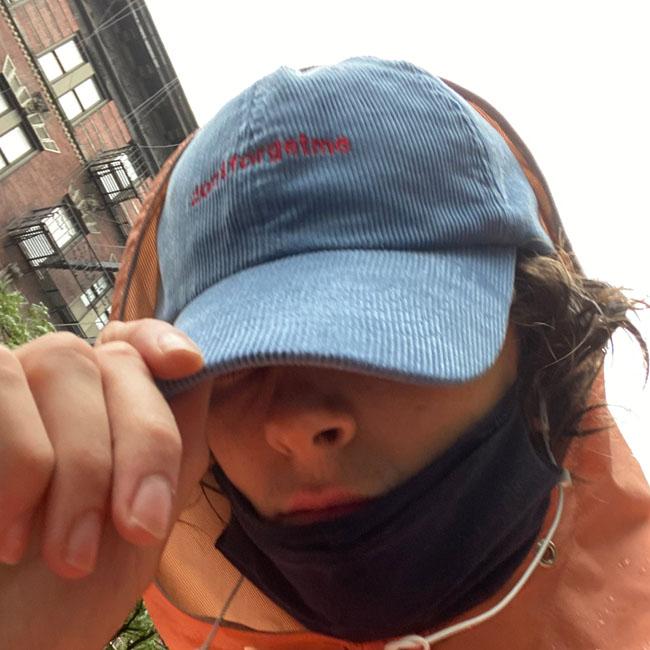 Timothee Chalamet has teased his Bob Dylan biopic and 'Dune' upon returning to Twitter.

The 'Little Women' star is set to portray the music icon in 'Going Electric', which is to be helmed by 'Le Mans '66' director James Mangold.

And he posted a selfie followed by lyrics to Dylan's track 'It's Alright Ma (I'm Only Bleeding)' on the micro-blogging site after a break from the app.

He wrote: "he not busy being born is busy dying (sic)."

The 24-year-old actor has also told a follower that a trailer for 'Dune' is coming before September.

When a fan asked for some content about Denis Villeneuve's upcoming adaptation of Frank Herbert's sci-fi novel, he replied: "trailer before sept.", and added the zipped emoji.

Timothee is set to play Paul Atreides, the scion of House Atreides.

The flick is slated for release in December, but director Villeneuve recently admitted it's going to take a lot of work to make the date because he has other elements of the movie to shoot to "readjust" the flick.

Villeneuve explained: "We were about to finish some shooting ... the movie was like almost finished. 'Dune' has been made in an unusual way which is that we made the main shooting, and then I edited that part of the movie and I was planning to go back to shoot some elements later because I wanted to readjust the movie - I needed time, and it's a luxury that I had [before the pandemic] ... When the virus hit North America as we were about to go back to do those elements."

As for 'Going Electric', Bob and James have worked on the film which will focus on the period where the 'Like a Rolling Stone' hitmaker was poised to become folk music's most seminal figure.

His manager, Jeff Rosen, is working on the movie as a producer.

The narrative will also depict Bob's controversial decision in 1965 to embrace the electric guitar.

Timothee has been learning to play the guitar in preparation for the role.

Bob has previously been portrayed on the big screen, notably in 2007's 'I'm Not There'. The unconventional biopic saw him played by a number of actors, including Cate Blanchett, Richard Gere and Heath Ledger.