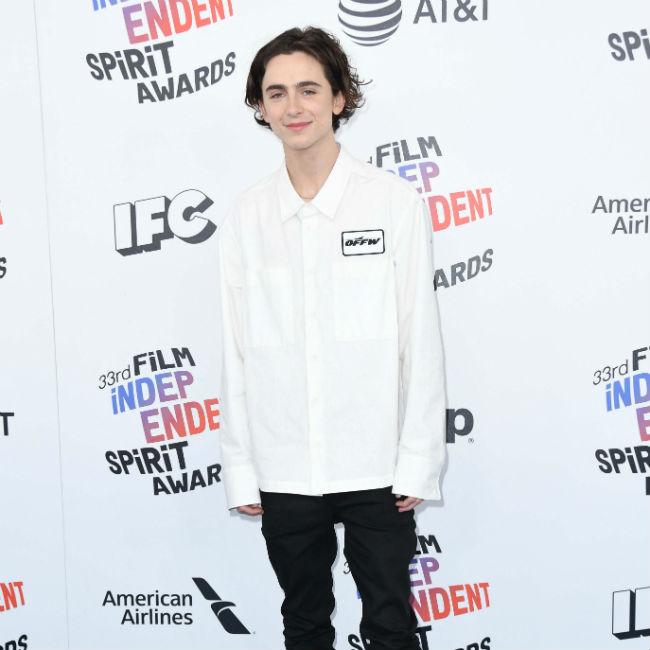 Timothée Chalamet only did two scenes in green screen for 'Dune'.

The 'Little Women' star takes on the role of Paul Atreides and the epic imagery for Denis Villeneuve's adaptation of Frank Herbert's classic sc-fi novel, which will leave viewers on the edge of their seat, was mostly shot in the actual desert with minimal use of the post-production technique for visual effects.

Chalamet said: "You feel the environment, specifically for [my] role of Paul.

Villeneuve said: "For me, one condition I had to shoot the movie was that I wanted to shoot in the real desert. My argument was that they didn't shoot 'Jaws' in a swimming pool. The title is 'Dune'; we needed to be in the real environment so we will be inspired by the infinity."

Rebecca Ferguson (Lady Jessica) added that it was an "intense shoot", whilst Jason Momoa (Duncan Idaho) was extremely wowed by Villeneuve's approach to directing and said the flick has "set the bar" for his future roles.

The 'Aquaman' actor said: "This film set the bar in how I want to have my career go. Working with Denis and this level of actors I learned so much every day. And I laugh constantly, I felt beautiful in this film."

Zendaya (Chani) found her time on set "magical" and like being in another world.

She shared: "This whole thing has been a magical experience and to be a part of something that felt this massive but also just feels like another literally another world, it is very special."

Chalamet previously explained how it was a struggle to film the epic - which was previously brought to the big screen in 1984 by David Lynch - due to it having to be shot in the desert in scorching hot temperatures.

The 24-year-old actor said: "I remember going out of my room at 2am, and it being probably 100 degrees.

"The shooting temperature was sometimes 120 degrees. They put a cap on it out there, if it gets too hot. I forget what the exact number is, but you can't keep working."