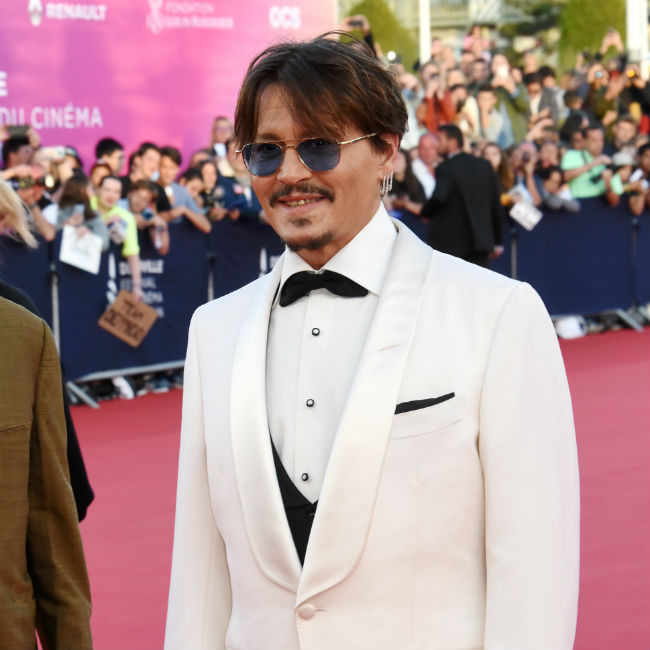 The Hollywood director and the actor have collaborated on numerous movies over the years, including 'Edward Scissorhands', 'Dark Shadows', Alice in Wonderland', 'Charlie and The Chocolate Factory', and 'Sweeney Todd'.

And the 64-year-old filmmaker would jump at the chance to work with Depp again if the right part came up, despite his recent high-profile legal battles with his ex-wife Amber Heard.

The former couple were embroiled in a six-week trial earlier this year over an op-ed the 'Aquaman' star wrote in 2018 about being a victim of domestic violence, with the 'Pirates of the Caribbean' star ultimately winning over $10 million in damages after winning all three of his defamation claims and his ex-spouse winning one of her three countersuit claims.

But on November 2, Depp's legal team made a filing in the Virginia Court of Appeals, arguing the 59-year-old star should not be held liable for comments made by his attorney, Adam Waldman, who had told the Daily Mail in comments published on April 26, 2020, that Heard and her friends had set-up his client by calling police with a "hoax" of abuse claims in 2016, remarks the jury decided he had made while acting as an agent for the 'Black Mass' actor.

Depp's lawyers argued in court documents that, despite an "emphatic favorable verdict" for their client, "the trial court was confronted with a number of novel and complex legal and factual issues, and although the trial court decided the vast majority of those issues sensibly and correctly, a few rulings were erroneous."

They continued: "The judgment in Ms. Heard’s favour on that lone statement is erroneous. Ms. Heard’s claim was fatally flawed, and the trial court should have granted Mr. Depp’s motion for summary judgment and his motion to strike the evidence.

"Ms. Heard presented no evidence at trial that Mr. Depp was personally involved in directing or making any of the three Waldman Statements. Indeed, Mr. Depp testified that he had never even seen the Waldman Statements prior to the filing of the Counterclaim in August of 2020.

"Mr. Waldman is an independent contractor, whose allegedly tortious conduct is not automatically attributable to Mr. Depp" and "no evidence of Mr. Waldman's actual malice was presented at trial" by Heard's legal team.

"This Court should reverse the judgment on Ms. Heard's Counterclaim as to the April 27 Waldman Statement, but should otherwise affirm the judgment in Mr. Depp's favour."

Heard also lodged an appeal over the verdict, having previously failed in a bid to have a mistrial declared amid claims of jury fraud.