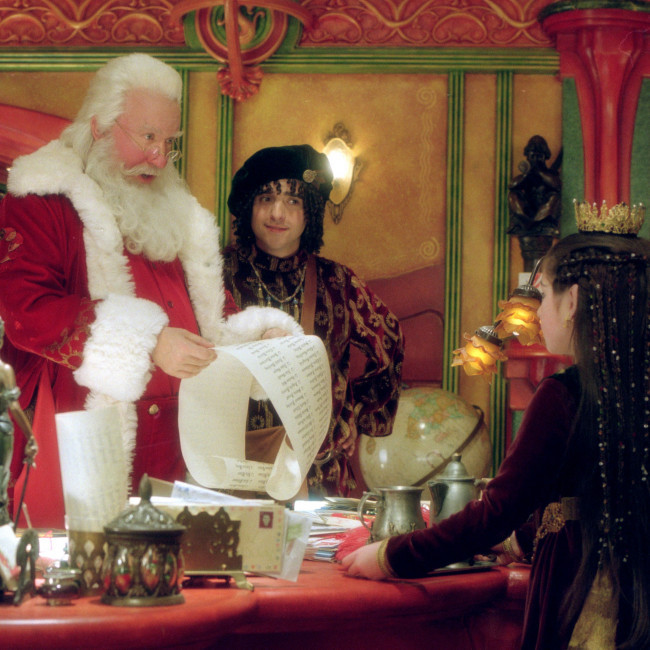 Tim Allen reveals one regret about The Santa Clause movies

Tim Allen regrets not working alongside Martin Short on 'The Santa Clause 3'.

The 69-year-old actor starred as Santa Claus/Scott Calvin in the festive film franchise and explained that the series became "infected by its own success" as the budget increased with each movie but is still bemused by the fact he and Martin Short - who played Jack Frost in- were not seen on screen together in 'The Santa Clause 3.'

He said: "What happened was that we became infected by our own success. [1994’s 'The Santa Clause'] was huge, but we had about $11 for special effects. [2002’s 'The Santa Clause 2'] was an extension of that but now we could put lights in the window because we had more production money. By number three, all we had was money. The story kind of just got bigger and bigger. And the fact that Marty Short and I never did a scene together that was funny, I’m still going huh. That’s the funniest human being I’ve ever been around, other than me, and we never got a shot to do a real big scene together."

Meanwhile, the 'Christmas with the Kranks' star has returned to his role as Old St. Nick in 'The Santa Clauses' and had "totally forgotten" what it felt like to step into character until he walked on set.

He told The Hollywood Reporter: "As I walked on set for the first time in the full regalia, everybody got very quiet, both adults and kids. When I show up dressed in the full suit and everything else, there's big smiles on people's faces. Little kids are quiet. I had totally forgotten that. It does feel like Santa's in the room."

'The Santa Clauses' is set to stream on Disney+ from November 16.