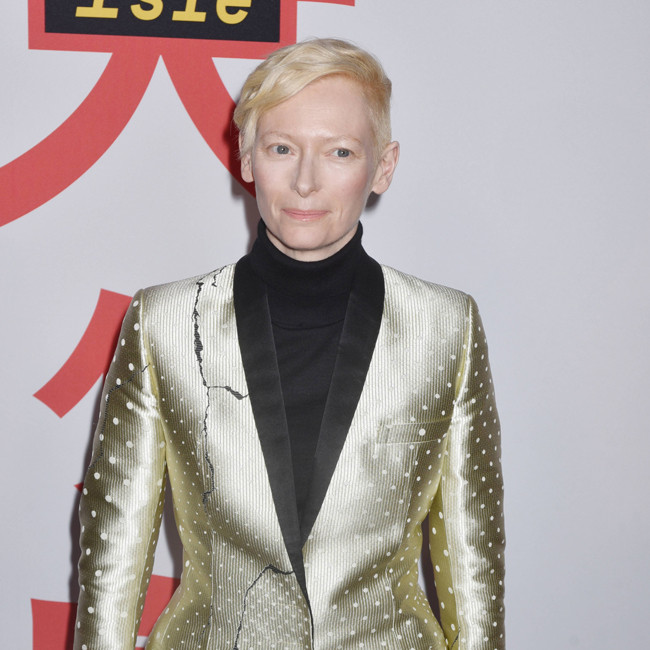 The Scottish star appears in the 77-year-old filmmaker’s latest movie, ‘Three Thousand Years of Longing’ – in which she plays lonely academic Dr. Alithea Binnea, who meets an ancient Djinn (Idris Elba) and learns his life story, which spans three millennia – and she found being directed by the ‘Max Max’ helmsman as close an experience to working with the late Alfred Hitchcock as possible.

“The film geek in me, on the set, seeing the way he tells the story of every shot through working with the camera and the angles and the timing of when the camera should come off the bottle onto your reaction, all of that, that’s directing.

“And that’s not ‘smash grab’ montage. It is very Hitchcockian. As Hitchcock said, ‘Let the camera tell the story and the dialogue can just let atmosphere.’ “

Tilda also compared the movie to the work of Hayao Miyazaki, who directed animated classic ‘Spirited Away’.

She told Total Film magazine: “To me, I always felt like we were making a kind of live Miyazaki movie.

“It’s got that slight sense to it, that feeling of it being slightly animated.”

George himself added: “The Djinn is story and cinema. In my mind, he projects it in her head. What we’re seeing is what’s in her head.”

The 61-year-old filmmaker relished the “geeky details” that Miller used to present a height difference between herself and Idris.

George said: “When he’s really, really big, that was shot in a miniature hotel room.

“You can do that – with a little iPad, little books and little tables and chairs and things like that.”

Tilda added: “[In other scenes], Idris was in the room and he was Idris-sized. But there were various wonderful geeky details that went into making me capable of looking [up] that high.

“At certain points, he wore very high shoes or he stood on things.”