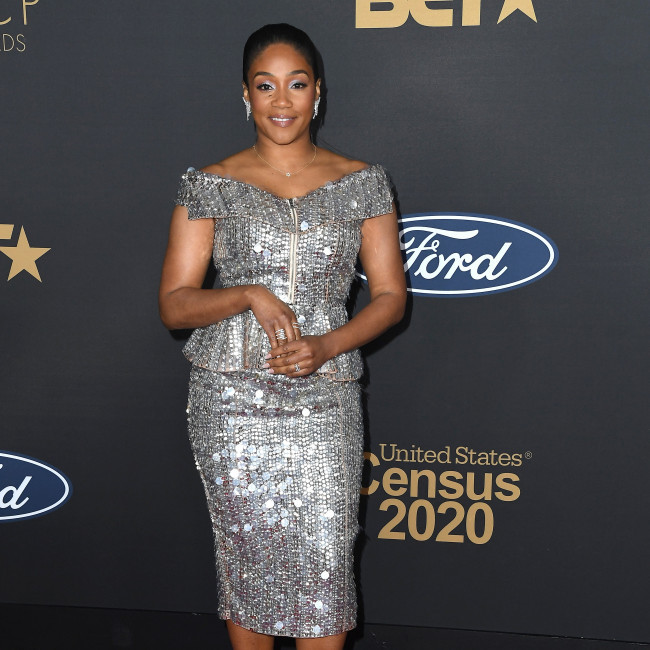 Tiffany Haddish to star in and produce Mystery Girl

Tiffany Haddish is set to star in 'Mystery Girl'.

The 41-year-old actress will feature in and produce the Netflix movie, which is being directed by McG and is based on the Dark Horse comic of the same name created by Paul Tobin and Alberto Alburquerque.

Tiffany will play the role of Trine, a street psychic living off the grid in Los Angeles. Trine has no memory of who she is or where she came from but is guided by an omniscient voice in her head that knows everyone's business and everyone's darkest secrets.

When Cooper, a down on his luck LAPD officer, seeks out Trine in the hope she'll help him crack a case, the pair are framed for murder and must work together to clear their names and solve the ultimate mystery: the one behind Mystery Girl herself.

Mike Richardson and Keith Goldberg are producing the movie for Dark Horse Entertainment who currently have a first-look deal with the streaming giant. Tiffany is also producing under her She Ready Productions label.

Tiffany is also set to star in the comedy flick 'The Unbearable Weight of Massive Talent'.

The 'Girls Trip' star will star as rogue government agent Vivian in the spoof, which sees a desperate Nicolas Cage, who plays a version of himself, paid to appear at a billionaire super fan's (Pedro Pascal) birthday party, which turns out to be an "Informant for the CIA since the billionaire fan is a drug kingpin and gets cast in a Tarantino movie."

Vivian persuades Cage to go undercover, in a bid to take down a criminal organisation in Europe.