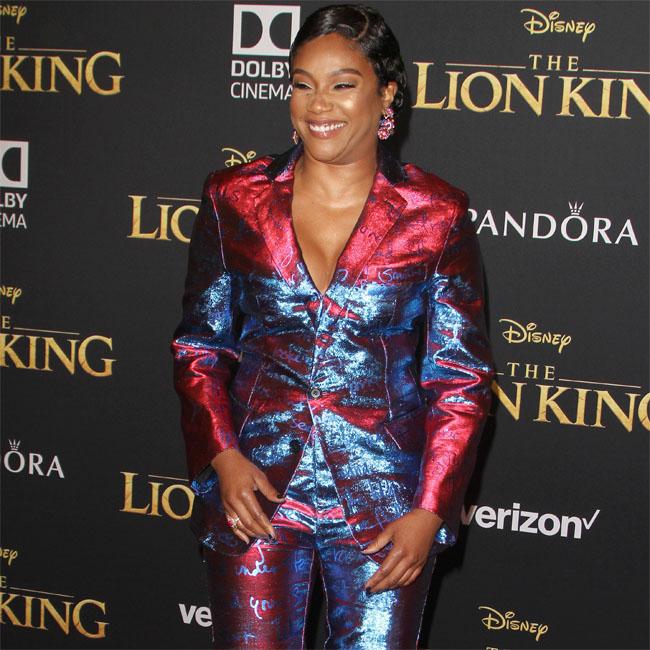 Tiffany Haddish has joined the cast of 'The Unbearable Weight Of Massive Talent'.

The 'Girls Trip' star will star as rogue government agent Vivian in the spoof, which sees a desperate Nicolas Cage, who plays a version of himself, paid to appear at a billionaire super fan's (Pedro Pascal) birthday party, which turns out to be an "Informant for the CIA since the billionaire fan is a drug kingpin and gets cast in a Tarantino movie."

Vivian persuades Cage to go undercover, in a bid to take down a criminal organisation in Europe.

'Catastrophe' star Sharon Horgan also has a currently unknown role in the flick.

Haddish has a number of roles coming up, including 'Here Today', in which she stars alongside Penn Badgley and Billy Crystal.

The movie tells the story of a "veteran comedy writer (Crystal) who is slowly but surely losing his grip on reality.

"He befriends talented young New York street singer Emma Payge (Haddish) and they form an unlikely, touching friendship that defies the generation gap aside and redefines the meaning of love and trust."

Haddish also plays La Linda in the thriller 'The Card Counter' alongside the likes of Oscar Isaac and Willem Dafoe.

Earlier this month, Haddis revealed she was working on a movie set when she learned that someone she "wasn't in direct contact" with contracted the virus, forcing the production to shut down.

Tiffany got herself tested as a result of the health scare but came back negative, before a friend told her they had also tested positive, which made her buy another test, only to find she was actually positive.

She explained: "I wasn't in direct contact with [the person on the movie set], but they sent all of us home and we stopped the movie. Then they suggested that I go get tested. I went and got tested, and I got the results back like two days later. They said I didn't have the coronavirus.

"Then, somebody else I know that was around like a week before, they contracted the coronavirus, and so I went and got tested again. Mind you, these tests are expensive as all outdoors - it was like $550. Which really made me upset because I was trying to buy some shoes. Anyways, I paid for the tests. Get the tests the second time. I'm not feeling any symptoms or anything, and it comes back like two days later, and they said I did have the coronavirus."

The 'Night School' star quarantined herself for two weeks even though she didn't feel any symptoms, and eventually got the all clear with another negative test.