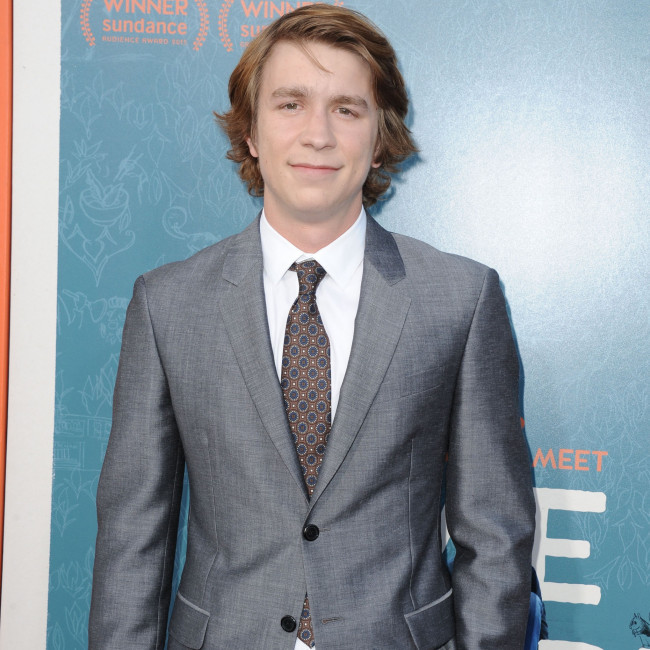 Thomas Mann to star in About Fate

Thomas Mann is to star in 'About Fate'.

The 29-year-old actor will reunite with Emma Roberts, his co-star in 'It's Kind of a Funny Story', in the upcoming film.

The romantic comedy tells a story about two people falling in love but never seem able to find its true meaning. In a wild twist of events, fate puts each in the other's path on a stormy New Year's Eve as comedy and chaos ensue.

Marius Weisberg is directing the movie from a script written by Tiffany Paulsen and filming is set to begin in Boston next month.

Thomas has previously appeared in films such as 'Project X' and 'Kong: Skull Island' and will next be starring opposite John Malkovich and Rosa Salazar in 'The Chariot' and the horror sequel 'Halloween: Kills' which is to be released later this year.

Meanwhile, Emma has several projects lined up and will star with Jack Whitehall in the sci-fi comedy flick 'Robots'.

The movie is directed by Anthony Hines and centres on robots Charles and Elaine, a womaniser and gold digger who trick people into relationships using illegal cyborg doubles of themselves in a near-future United States.

However, the robots elope and fall in love when they unwittingly scam each other, leaving Charles and Elaine to track them down before their secret is discovered.

Hines said: "When this project was first conceived, it seemed relevant - at the risk of sounding incredibly self-important - it now seems almost necessary.

"Set against a backdrop of an America seeded by the current administration, empathy has been devalued and one underclass has been expelled, only to be replaced by another: Robots."