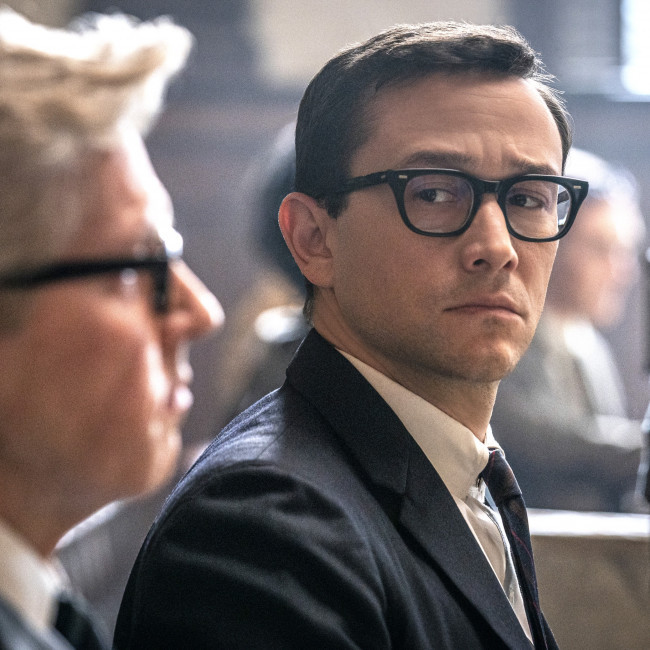 The Netflix drama - which stars the likes of Yahya Abdul-Mateen II, Joseph Gordon-Levitt and Michael Keaton - was honoured with the Cast in a Motion Picture accolade at the virtual ceremony.

The Aaron Sorkin-helmed film is based on the infamous 1969 trial of seven men charged by the federal government with conspiracy and inciting a riot, as a result of the counterculture protests in Chicago at the 1968 Democratic National Convention.

Elsewhere, the late Chadwick Boseman was posthumously awarded Outstanding Performance by an Actor in a Leading Role for his portrayal of ambitious trumpeter Levee in 'Ma Rainey's Black Bottom'.

While his co-star Viola Davis also went home with the same award for her performance as her titular 'Mother of Blues' alter ego.

Chadwick's widow Simone Leward accepted his prize and shared a poignant quote by her late spouse.

She said: "If you see the world unbalanced, be a crusader that pushes heavily on the seesaw of the mind. That's a quote by Chadwick Boseman."

Viola also thanked her friend, the "beautiful Chadwick Boseman", as she collected her award.

Chadwick - who passed away in August following a battle with colon cancer - was also nominated for Outstanding Performance by a Male Actor in a Supporting Role for his part as Stormin in 'Da 5 Bloods'.

Daniel Kaluuya nabbed the prize for his role in 'Judas and the Black Messiah', however, he dedicated his win to Chadwick.

During his acceptance speech, he said: "This one's for Chadwick Boseman, and this one's for [Black Panther Party] Chairman Fred Hampton. Thank you so much."

And Mark Ruffalo scooped Outstanding Male Actor in a Television Movie or Limited Series for 'I Know This Much Is True', while Stunt Ensemble in a Motion Picture went to 'Wonder Woman 1984'.

The full list of winners from the 2021 SAG Awards are as follows:

Cast in a Motion Picture - 'The Trial of the Chicago 7'

Male Actor in a Supporting Role - Daniel Kaluuya, 'Judas and the Black Messiah'

Ensemble in a Drama Series - 'The Crown'

Female Actor in a Drama Series - Gillian Anderson, 'The Crown'

Male Actor in a Television Movie or Limited Series - Mark Ruffalo, 'I Know This Much Is True'

Stunt Ensemble in a Comedy or Drama Series - 'The Mandalorian'