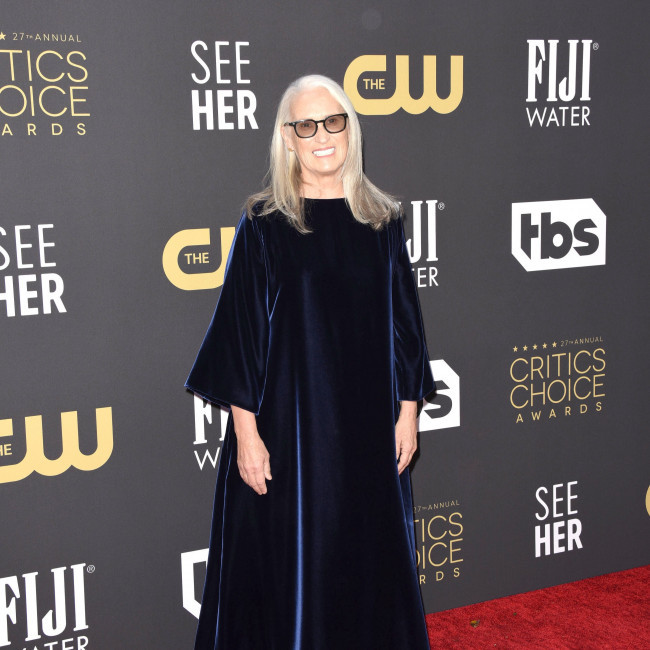 'The Power of the Dog' was named Best Picture at the Critics Choice Awards 2022.

Jane Campion's acclaimed Western starring Benedict Cumberbatch - which has already bagged three Golden Globes and is heavily tipped for success at the Oscars - was nominated for 10 prizes and took home four, including Best Picture and Best Director.

Joining stars Kirsten Dunst and Jesse Plemons and producer Roger Frappier on stage at the Fairmont Century Plaza Hotel in Los Angeles on Sunday night (13.03.22) to accept Best Picture, Jane quipped about being wounded by critics early on in her career.

She laughed: “I’ve still got some PTSD from critics going back to early in my career — ouch, some very deep wounds.

“But I’ve also been really championed. We are so proud and so grateful.”

Benedict - who portrays ranch owner Phil Burbank in the flick - was unable to attend as he attended the BAFTAs in London that night.

The Best Actor prize went to Will Smith for 'King Richard' and his speech was so long the "please wrap up" signal was activated.

The 'I Am Legend' star quipped: “I think Best Actor should get a little more time.”

Will dedicated his win to tennis aces Serena and Venus Williams and their mother, Oracene Price, and thanked them for trusting him to tell their story.

The 53-year-old actor, who plays their father Richard Williams, said: “Thank you for entrusting me with your story.

Will also paid a special tribute to Aunjanue Ellis, who played Oracene.

He added: “Your father didn’t do it alone; it would be disingenuous for me to accept this award without acknowledging Aunjanue Ellis."

Best Actress went to Ariana DeBose for 'West Side Story', however, the 31-year-old star was also at the BAFTAs.

The 39-year-old star quipped: “Critics are not usually very nice to me. So this is a change.

“It doesn’t actually say ‘Belfast’ on this, can I just make this clear, so this might not be right.”

Sir Kenneth Branagh's script based on his own childhood won Best Original Screenplay.

Best Picture – 'The Power of the Dog'

Best Director – Jane Campion ('The Power of the Dog')

Best Animated Feature – 'The Mitchells vs. the Machines'

Best Adapted Screenplay – Jane Campion ('The Power of the Dog')

Best Cinematography – 'The Power of the Dog'

Best Hair And Makeup – 'The Eyes of Tammy Faye'