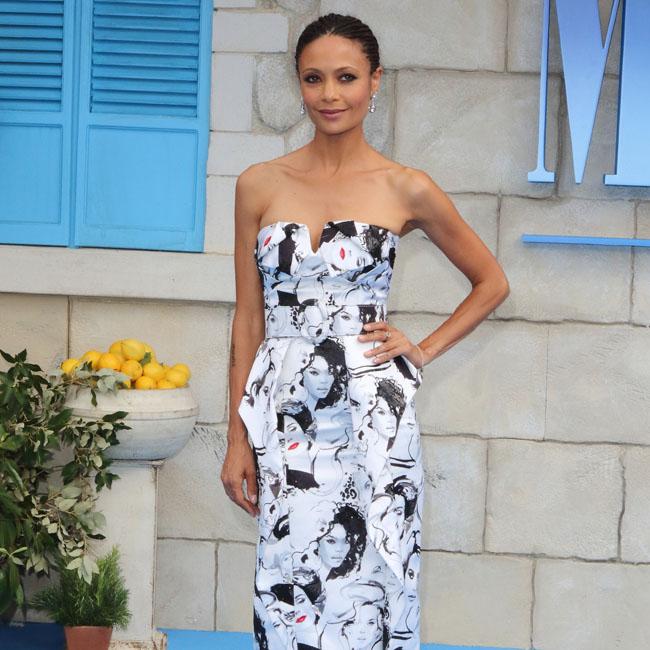 Thandie Newton to star in All The Old Knives

Thandie Newton has joined Chris Pine in the cast of 'All The Old Knives'.

The 47-year-old actress joins the 'Wonder Woman' star in the upcoming action film, which has been picked up by Amazon Studios.

The movie is based on a novel of the same name by Olen Steinhauer and takes place in the town of Carmel-by-the-Sea in California.

The plot follows the story of Henry and Celia - Two CIA operatives, and former lovers - who meet over dinner to reminisce about their time in the field together.

Their conversation turns to the disastrous hijacking of a flight that resulted in the deaths of everybody on board.

Henry has come to the dinner in an attempt to find closure on that dark chapter.

As the pair flirt over their meal, it becomes clear that one of them will not survive.

The flick will be directed by Janus Metz, whose previous credits include the tennis movie 'Borg vs McEnroe' and Amazon Prime series 'ZeroZeroZero'.

Chris, 40, has long been attached to the project and will serve as an executive producer through his Barry Linen productions banner.

Meanwhile, Thandie recently opened up about how she struggled to work with Tom Cruise on the set of 'Mission: Impossible 2' and confessed to feeling "scared" of him on the set of the movie, as he is a "very dominant individual".

The 'Westworld' star said of Cruise: "He was a very dominant individual.

"He tries super-hard to be a nice person. He takes on a lot. And I think he has this sense that only he can do everything as best as it can be done."