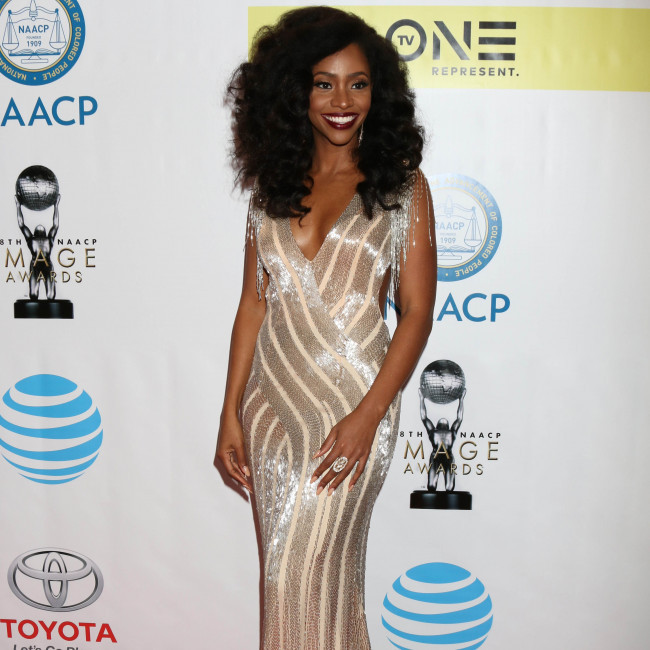 Teyonah Parris pleased that Nia DaCosta got to direct Candyman

Teyonah Parris knew she would be able to "dive deeper" with Nia DaCosta directing 'Candyman'.

The 33-year-old star will play Brianna Cartwright in the new horror flick, a direct sequel to the 1992 movie of the same name, and was glad that Nia was selected to helm the project by screenwriter Jordan Peele.

Speaking at a press conference, Teyonah said: "I felt like it gave us an opportunity to dive deeper quicker, because there was a mutual understanding and a shared history of certain experiences.

"Not all of our experiences were the same, which is what makes it amazing and great and layered and textured, but there was a baseline for us to start with and I love her visual aesthetic and she knows how to speak to actors. And I feel like she is very much an advocate for the actor."

Teyonah admits that she was grateful to work with a black female director on the horror project.

The 'WandaVision' star said: "What I love that Nia brought to this film is it's not often that I get to work with a black female as a director.

"And so having that opportunity there, there are things about my character that she just understood about this relationship, about the history and trauma that we're bringing to the forefront, that I didn't have to explain my existence, my being, and why a particular decision or choice wouldn't make sense."

The 'Get Out' director said: "Quite honestly, Nia is better to shoot this than I am. I'm way too obsessed with the original tales in my head. I probably wouldn't be any good.