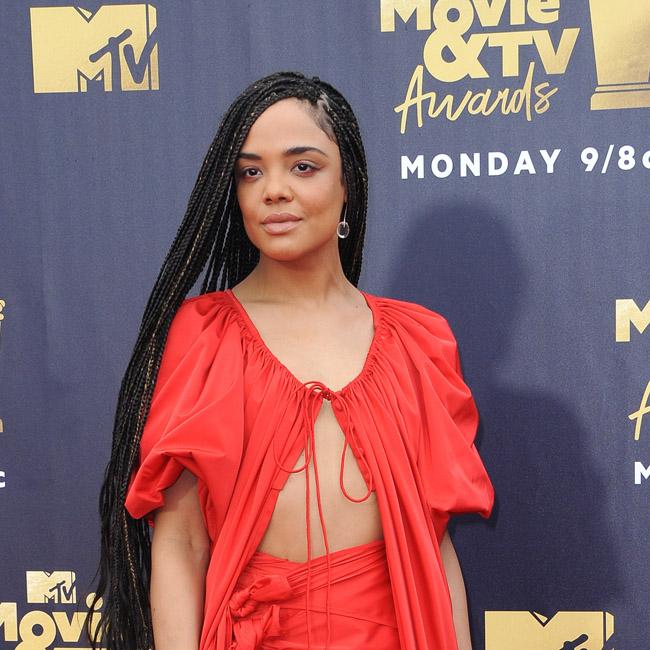 Tessa Thompson's Valkyrie will be the first openly LGBTQ+ superhero in the Marvel Cinematic Universe.

The 35-year-old actress has revealed that her alter ego - who is bisexual in the original comics and appears in 'Thor: Ragnarok' and 'Avengers: Endgame' - needs to find a "queen" leading Marvel Studios President Kevin Feige to reveal that Valkyrie will be the first openly gay hero in the MCU.

Speaking at San Diego Comic-Con, she said: "As new king, she needs to find her queen. So that will be the first order of business.

"She has some ideas. I'll keep you posted!"

When then asked if what Thompson said means Valkyrie will have an LGBTQ+ storyline, Feige told io9: "The answer is yes.

"How that impacts the story remains to be seen with that level of representation you'll see across our films, not in just 'Thor 4'."

It was also announced at San Diego Comic-Con that 'Thor: Love and Thunder' will see Natalie Portman return to the franchise and will play a female version of Asgardian hero Thor in the fourth instalment of the franchise.

The Oscar-winning actress previously starred as Jane Foster, the love interest of Chris Hemsworth's Thor, in the Marvel Cinematic Universe, appearing in the first two 'Thor' films released in 2011 and 2013.

Similarly, Taika Waititi is returning to the Marvel brand to direct 'Thor: Love And Thunder' having previously helmed 2017's 'Thor: Ragnarok' - meaning his highly-anticipated manga movie 'Akira' for Warner Bros. is likely to be delayed due to his 'Thor' commitments.

It's hoped he will return to work on the Japanese-American sci-fi film, which is based on the manga character of the same name, after he's completed the fourth instalment of the Marvel flick which is slated for release on May 21, 2021.